NVIDIA is said to launch the third member of the Fermi family on June 1st, and already the first preview has appeared online. Chinese hardware site eNet.com.cn published a short test of  GeForce GTX 465 yesterday. The card is called GeForce GTX 460 but is expected to launch as GTX 465 and the specifications has been tweaked a bit. The number of CUDA processors has been lowered to 352, while the 1GB memory and its 256-bit bus remains.

The GeForce GTX 465 GPU operates at 607 MHz while the shaders are locked in at 1215 MHz, while the GDDR5 memory is set to work at 3205 MHz. This is the same GPU and shader frequencies as GTX 470, but with less CUDA processors (448 with GTX 470) and narrower memory bus and lower memory clock it will be held back.

The few benchmarks that was released offered a sneak peek of the performance. GTX 465 appeared to be marginally faster than Radeon HD 5870 in Far Cry 2 while it wasn’t even close to Radeon HD 5830 in Crysis Warhead. It ended up in between Radeon HD 5850 and 5870 in Unigine’s Heaven benchmark.

This is simply too few tests to really make any kind of judgment at this time. However, the card is rumored to cost $300, which puts it between Radeon HD 5850 and Radeon HD 5870. If the card can really live up to this is hard to say, with immature drivers performance is a bit shifty, and so far we’re not convinced.

eNET.com.cn removed the test pretty quickly, but we managed to get some screens before that. 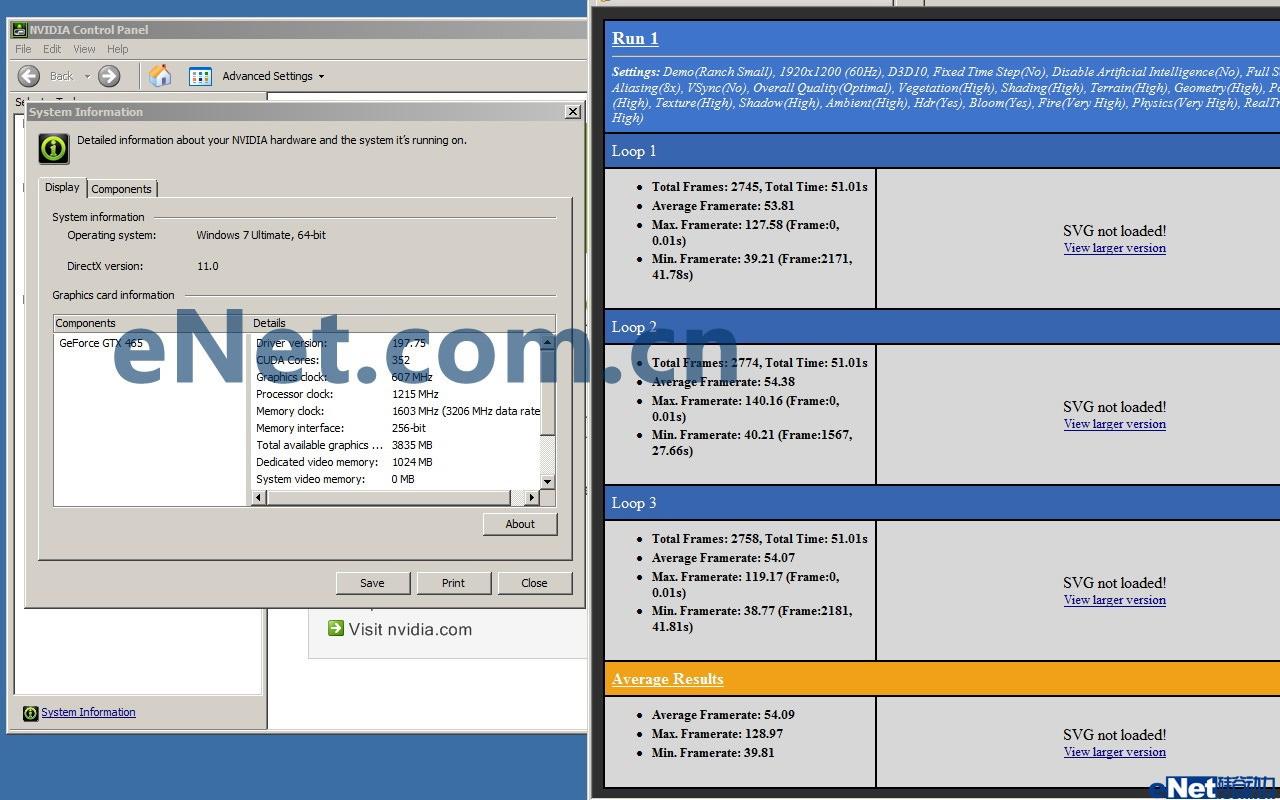