With the launch of GTX 550 Ti ony the minor GF119 remains before NVIDIA has made a full refresh of the Fermi architecture. AFOX has been so kind to release both pictures and specifications of a new graphics card called GT 530, but it is yet to be determined which GPU it uses.

NVIDIA has launched 3 of 4 tuned circuits from the Fermi architecture with GF110, GF114 and GF116 that was the last to enter, as GTX 550 Ti. The company AFOX has released clock frequencies of a card called GT 530, but currently it can’t be determined if it is a stripped down GF116 or a new GPU where GF118 and GF119 are possible names. 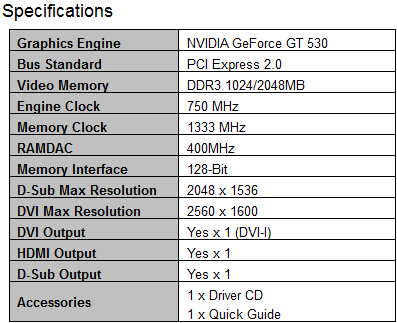 Based on this information we can’t say for certain which GPU GT 530 is based upon, but most likely it will compete with the AMD HD5500/5600 series and the coming Turks. 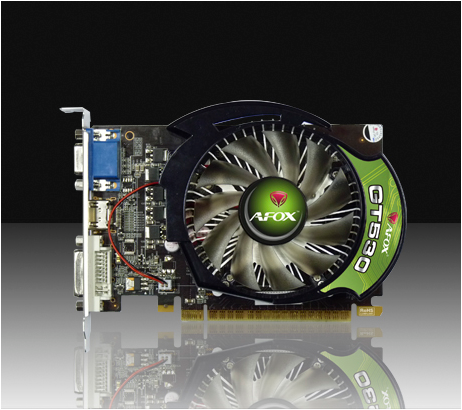 NordicHardware will dig deeper into this and report as soon as we find out more about the card on the pictures.