NVIDIA confirms the leaked information that appeared about a month ago stating that SLI will be available with future AMD motherboards. NVIDIA has made an official statement and so far the license only covers AMD’s new chipsets 970, 990X and 990FX that will form Socket AM3+ along with the coming architecture Bulldozer.

NVIDIA has refused to enable AMD motherboards for SLI up until now, since it has had its own, though severely aged, chipsets for sale and in that way enable SLI for AMD users. But with the launch of AMD Bulldozer and Socket AM3+ NVIDIA will finally remove itself from the chipset market and neither make nore sell chipsets for AMD or Intel. 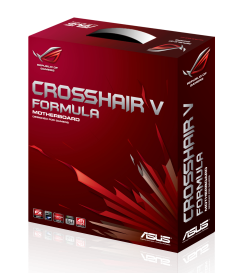 The SLI support comes, unlike previous stories, to 990FX, 990X and the entry chip 970, the equivalent to 870. AMD 990FX supports up to 3-way SLI, while 990X and 970 settles for 2-way SLI. NVIDIA’s gain is of course marginally increased sales in the tiny market that uses more than one graphics card, but to enable the support the motherboard makers are required to pay a license fee for each sold SLI enabled motherboard, about 5 dollar per board.

ASUS, Gigabyte, MSI and ASRock will be among the first to offer this for AMD users according to NVIDIA. Those of you looking for the SLI support should only look for motherboards with the AMD 970, 990X and 990FX chipsets since the older 7 and 8 series will not support it. NVIDIA also decided to show the box for ASUS’ coming enthusiast board for Bulldozer, Crosshair V Formula, with SLI of course.