Noctua is often found in the top of roundups and during our stay at Computex our reporter paid them a visit and found some goodies, including prototypes of low-profile coolers for HTPCs.

Noctua has always focused on efficient cooling and low noise. This is still very much the deal, while it is also trying to get its products into new segments. Places where tower coolers are too high it has experimented with low-profile coolers. The goal has been to optimize the use of the horizontal space. 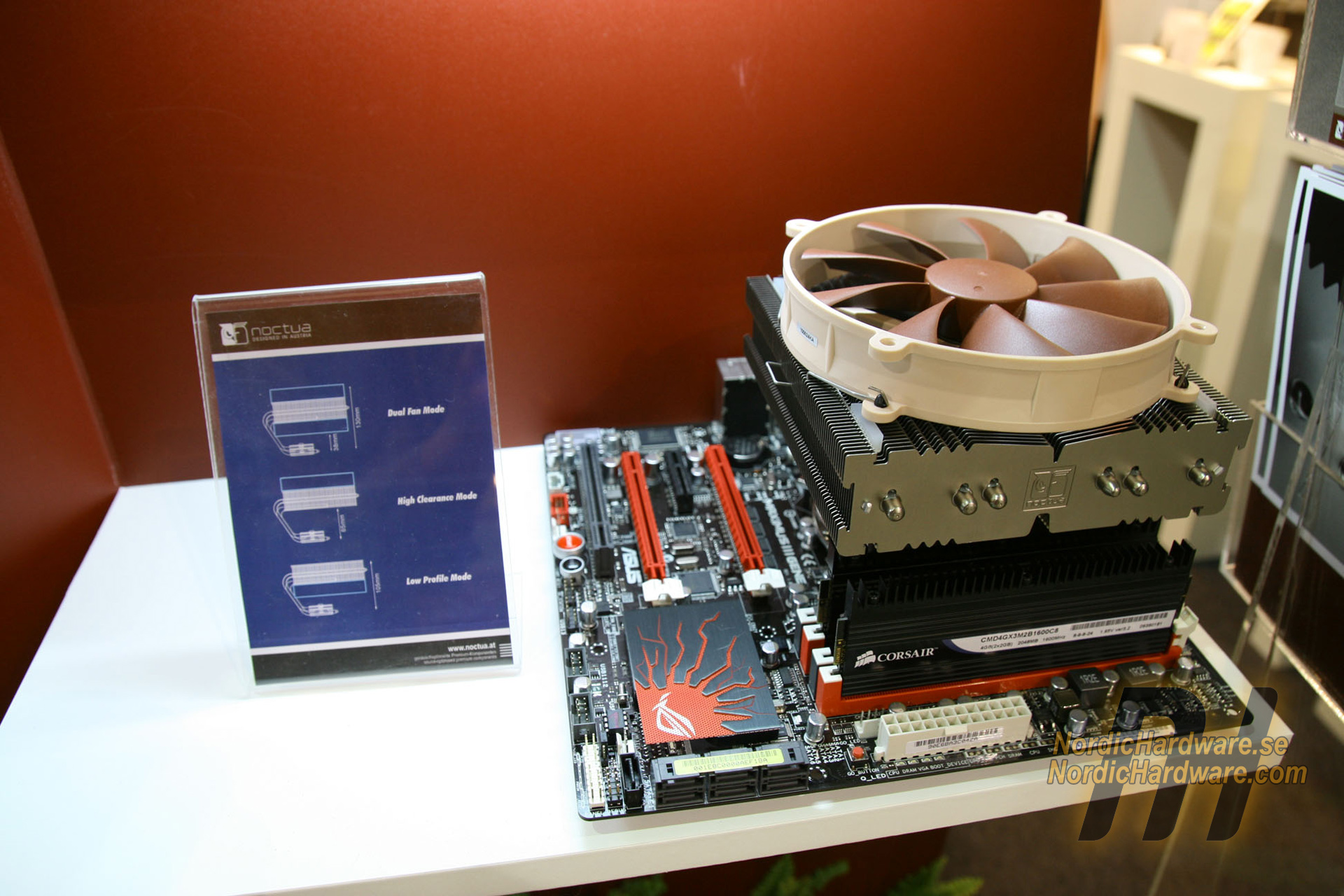 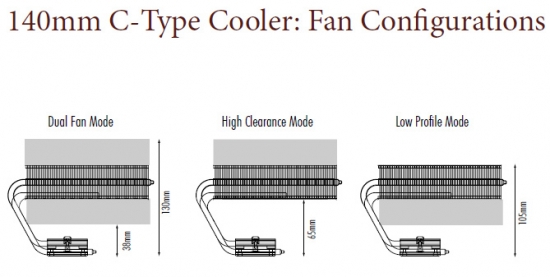 The top model is simply called Noctua 140mm C-Type Cooler and has a horizontal heatsink with six heatpipes connected to the copper base. The cooler houses two Noctua NF-P14 FLX fans with 140mm diameter, one below and one on top of the cooler. With dual fans the cooler is only 105mm high and should fit inside most low cases. The coolers also works with high RAM modules if you settle for the one fan on top. Weight, complete measurements and price were not revealed. 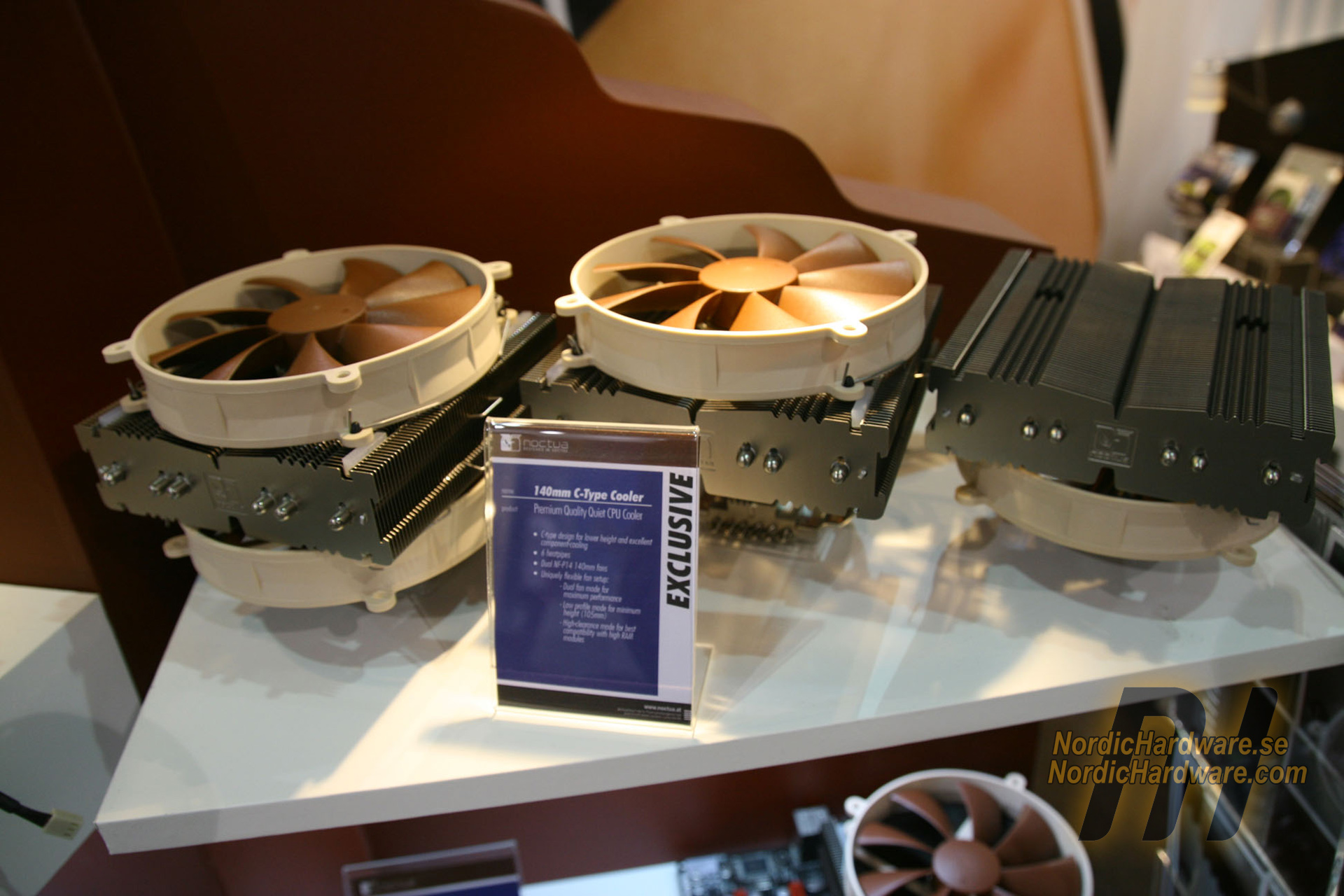 Noctua also showed a smaller low-profile cooler with 120mm and 80mm fans blowing against the CPU, targeting mini-ITX systems. The cooler was a prototype that can be installed in most mini-cases if you settle for using the lower 80mm fan, since the cooler will only be 63mm high then. With the 120mm fan the height increases by 25mm, but you also get better cooling. 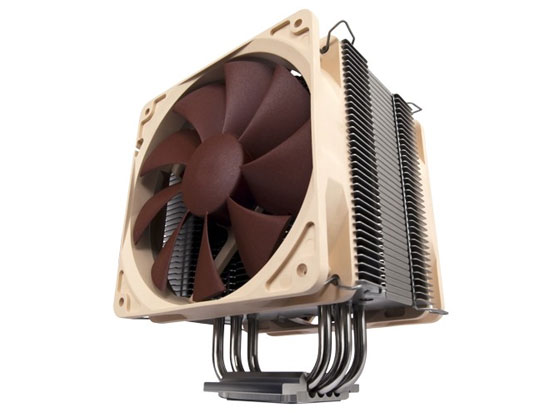 Below are some other cooling prototypes Noctua showed during Computex 2010. Notice the 120mm D-Type cooler that Noctua says will performance on par with the considerably bigger Noctua D14, which is probably the best cooler around. 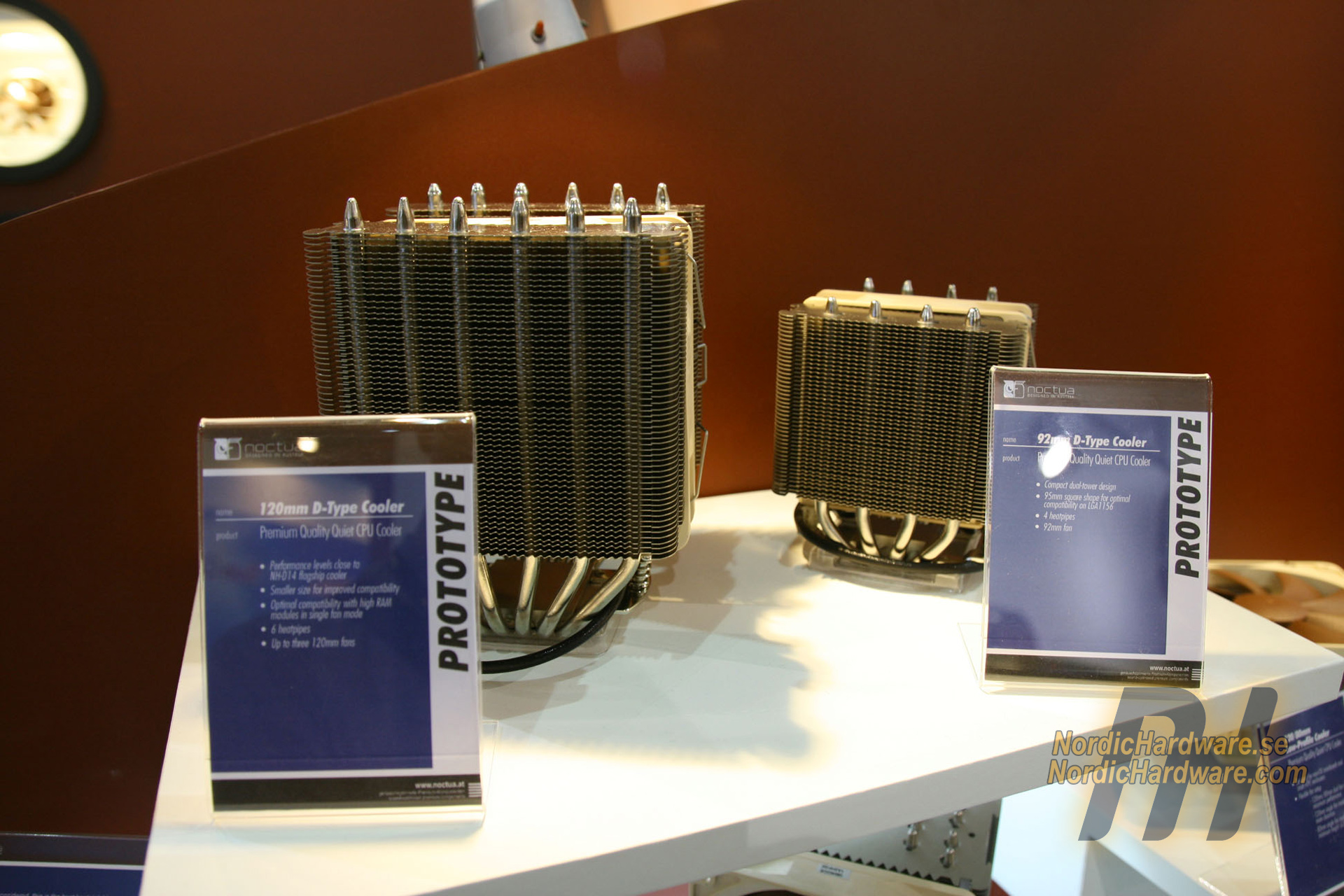 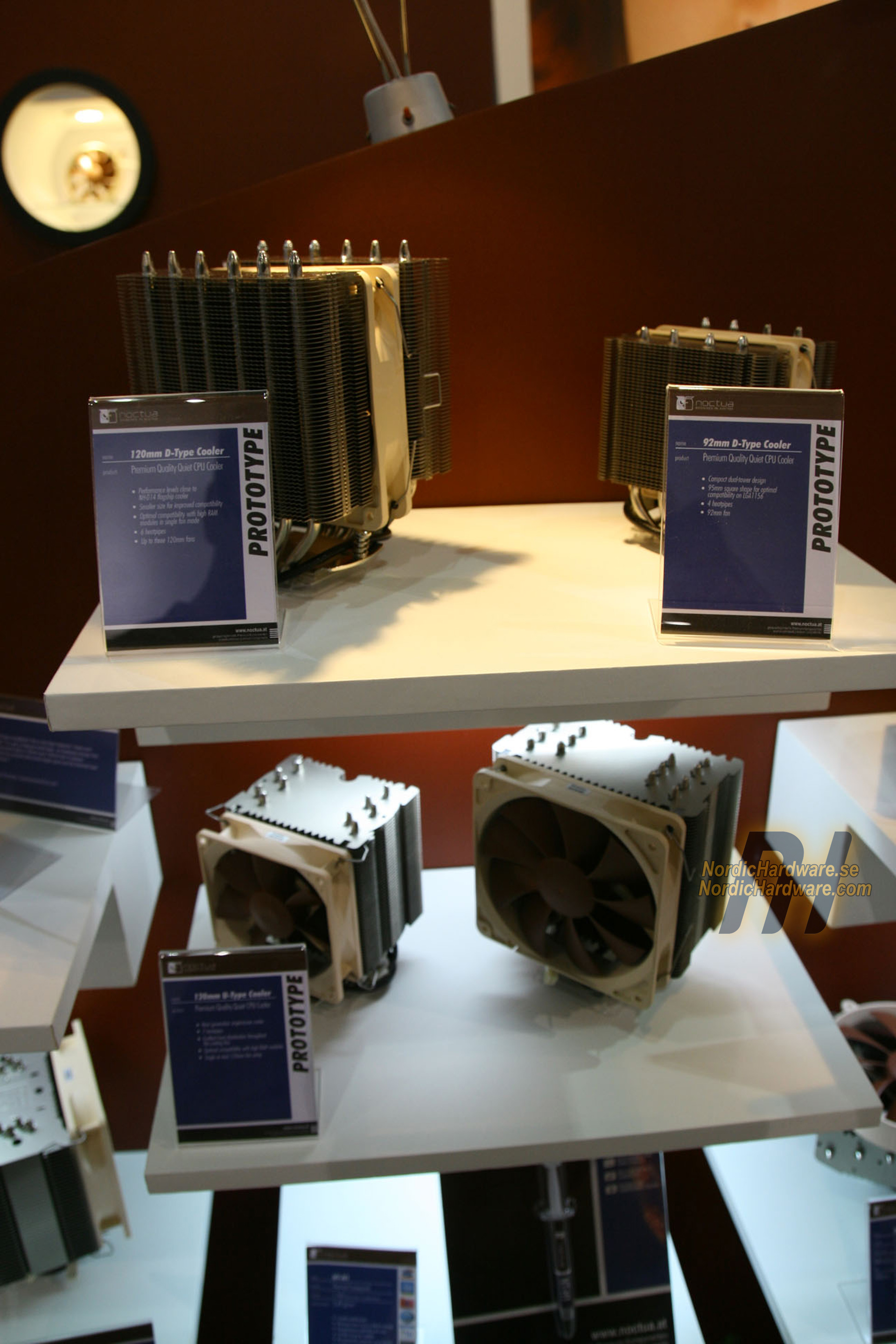 More reports from Computex over the coming days!