We see more and more graphics card makers release graphics cards with custom circuits boards and coolers measuring up to the after-market solutions. MSI has now chosen to make an entrance on the cooling market with the popular Twin Frozr II GPU cooler, and the first has the same design as the one found on GeForce cards from MSI.

The cooler that has been released by itself and is listed on is tailored for NVIDIA and only supports GTX 580/570/480/470/465, I.e. the first GF100 and GF110 circuits from NVIDIA. The support looks limited and we hope this is something hope MSI will correct if it is truly serious about this venture. 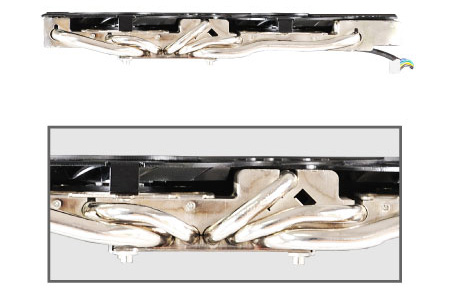