MSI GeForce GTX 670 is one of the first real life proofs for that NVIDIA is near launching a new entry model in the Kepler family. As a reduced version of GTX680 it is not a budget card, but a performance card indeed.

Nvidia’s second single- GPU graphics card with the Kepler architecture will be related to the first, GeForce GTX 680. Nvidia has cut some of the execution units inside the chip – in this case GK104 – and thus recuced both performance and production costs. The result is a graphics card called GeForce GTX 670 and comes with 1344 CUDA cores and 112 texture units, to compare to 1536 and 128 with big brother GTX 680. 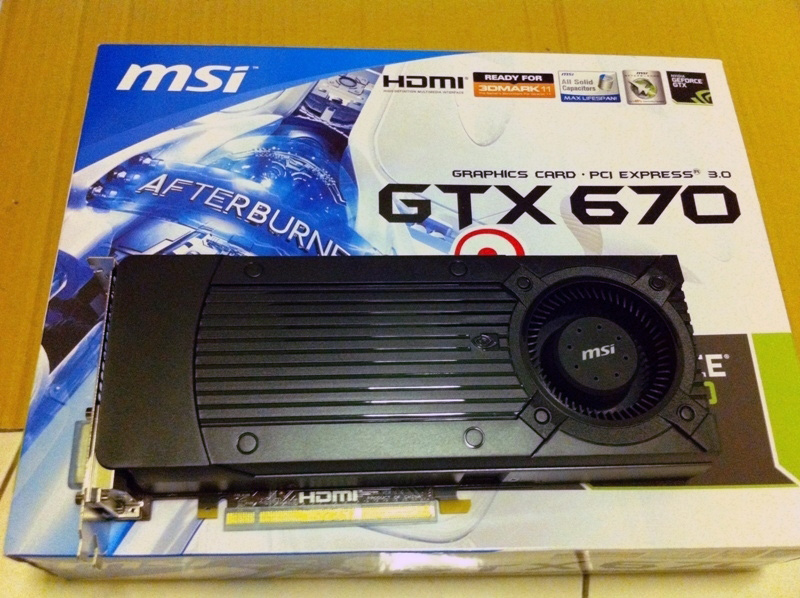 The specifications that recently leaked for the Nvidia reference has been more or less confirmed by MSI’s coming GeForce GTX 670, now caught on camera. MSI GeForce GTX 670 sports 2GB GDDR5 memory, but marked ”OC Edition” it is possible that the card will sport tweaked clock frequencies compared to the reference values at 900 MHz GPU and 1250 MHz memory (5000 MHz effectively). 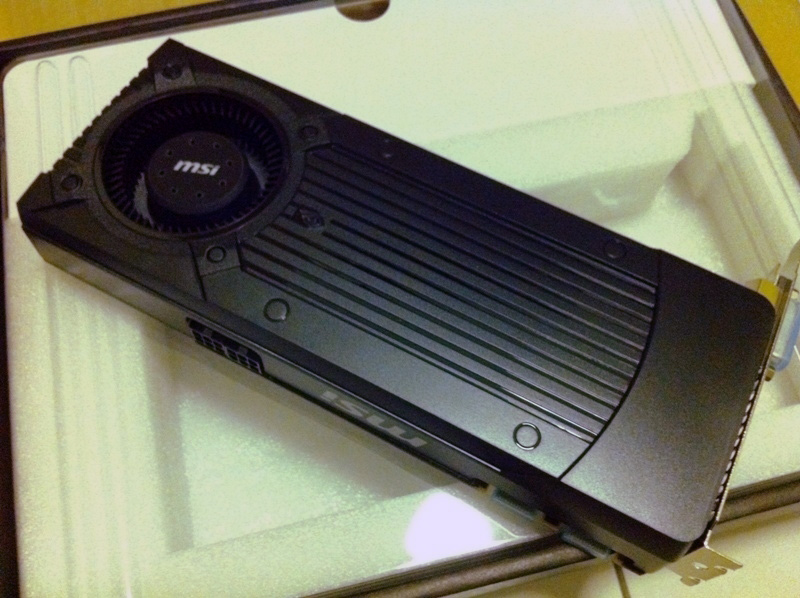 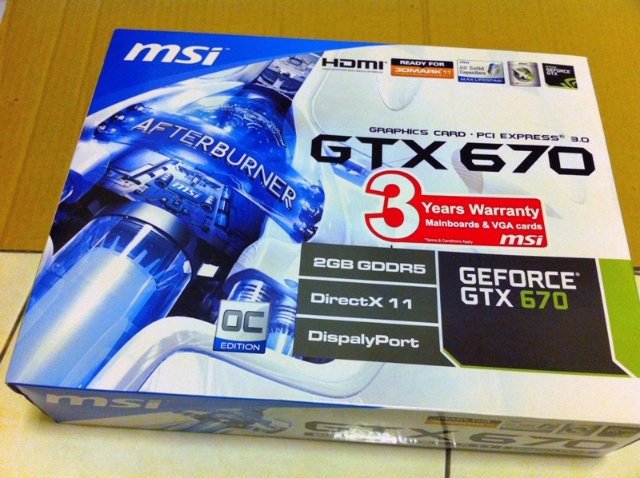 The graphics card will get its own PCB where we note Nvidia’s irregular placements of the power connectors. These two 6 pin connectors are next to each other, but instead near the middle of the card.

The outputs include two DVI ports, one HDMI and one DisplayPort. The price was not mentinoed, but the launch is slated for the middle of May.