MSI has let loose and launched Geforce GTX 680 Lightning, with seriously turned up frequencies and power supply out of the ordinary. We also find the new Twin Frozr IV cooler with automatic cleaning. 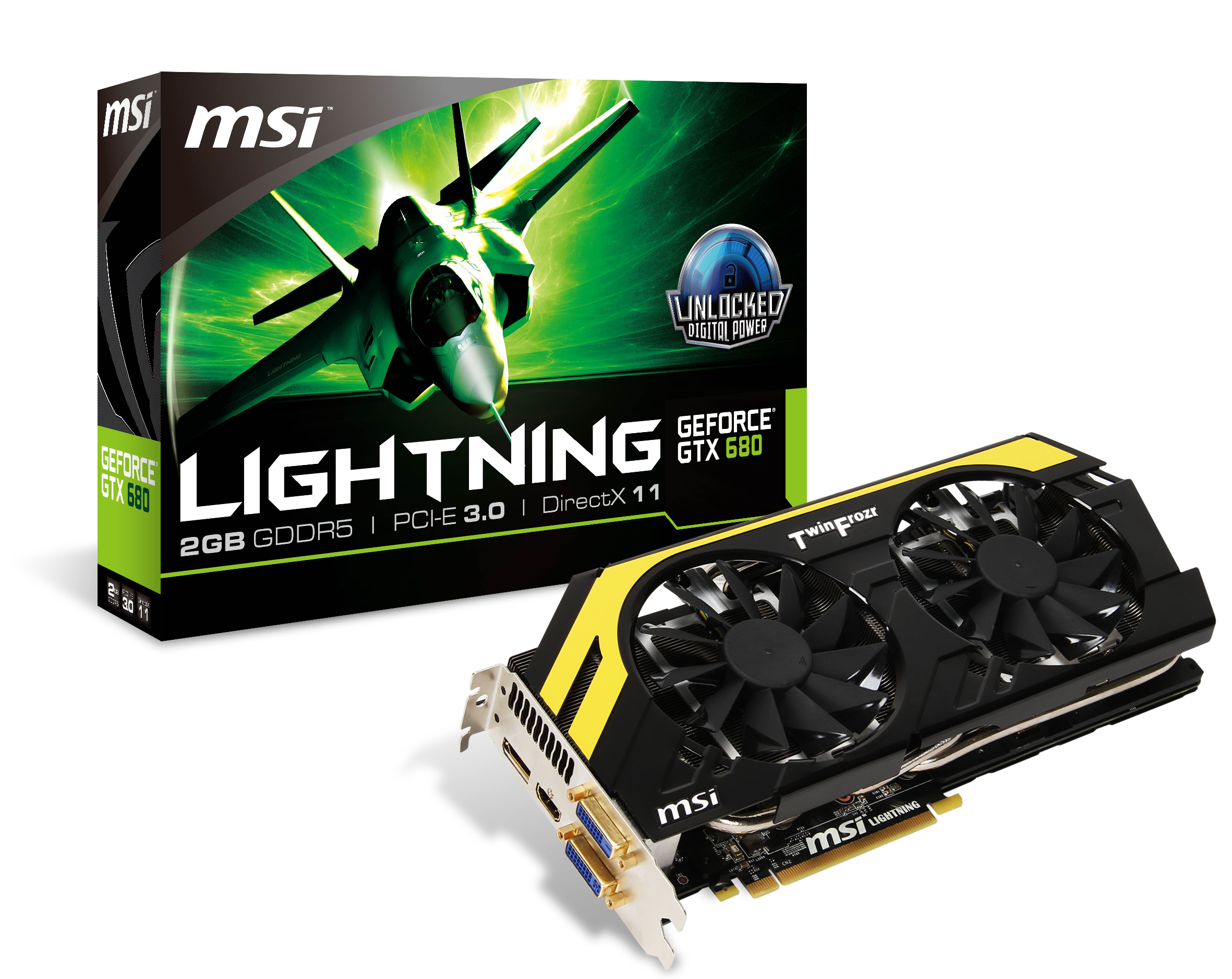 The cooling is supplied by the Twin Frozr IV cooler, which takes up two expansion slots and will keep temperatures 16 degrees lower and noise 6.7 dB lower than the reference cooler. What makes Twin Frozr IV better than Twin Frozr III is that the fans spin at opposite direction for 30 seconds when the computer boots to clean out the heatsinks.

Not only only is it clocked high, but MSI has added extra functions to give it that little silver lining. MSI has given the card Unlocked Digital Power Architecture, which means the TDP value will not be a limitation anymore. On top of that there is a detachable circuit board on the back called GPU Reactor that holds additional capacitors for improving the power supply to the GPU.

With ”Military Class III Components”, measuring spots for voltage and Unlocked BIOS where a push of a button can unlock the security functions of the card to allow the frequencies to scale higher than ever. MSI Geforce GTX 680 Lightning will launch in a few weeks and the price will be over 500 euro