AMD 990FX will be the most powerful chipset for AMD’s Bulldozer architecture and it will be all over Computex next month. Already a number of models have been pictured and specifications revealed. MSI 990FXA-GD80 is the latest example and it looks like a well endowed board supporting both SLI and CrossFireX.

MSI 990FXA-GD80 was developed un the name Big Bang Conqueror and comes with AMD’s new Socket AM3+ and full support for Bulldozer. The motherboard pairs the fresh AMD 990FX northbridge with the just as fresh SB950 southbridge, which by themselves offer plenty of features.

The motherboard is geared toward enthusiasts and sports a strong power circuitry for the CPU with tantalum-based capacitors, SFC coils and driver-MOSFETs (DrMOS) for 10 phases.

Thanks to the new southbridge we also find six SATA 6.0 Gbps ports and two separate USB 3.0 ckontroller chips that power a total of four USB 3.0 ports. Other nice functions include OC Genie II for easy overclocking and 8-channel audio processor and up to 32GB RAM.

The motherboard will be shown at Computex first week of June. The launch is lsated for mid-June. 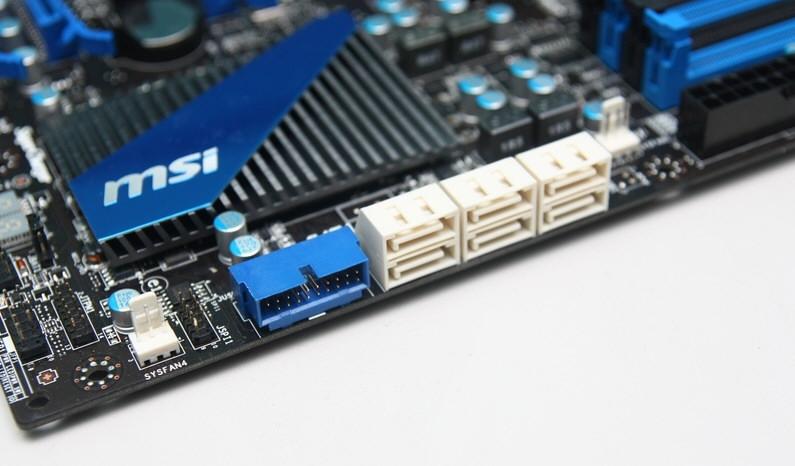 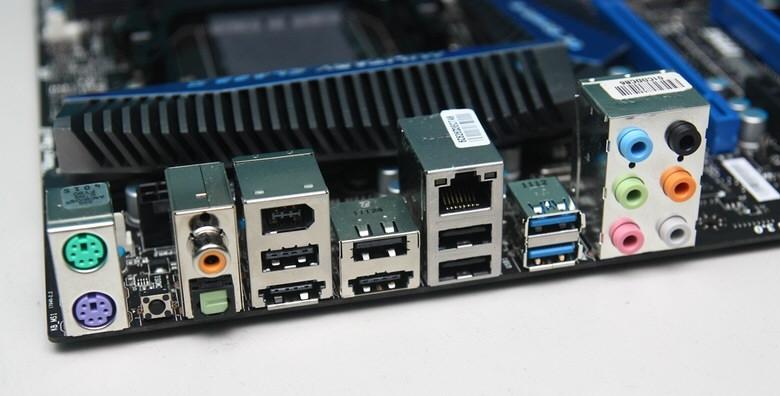 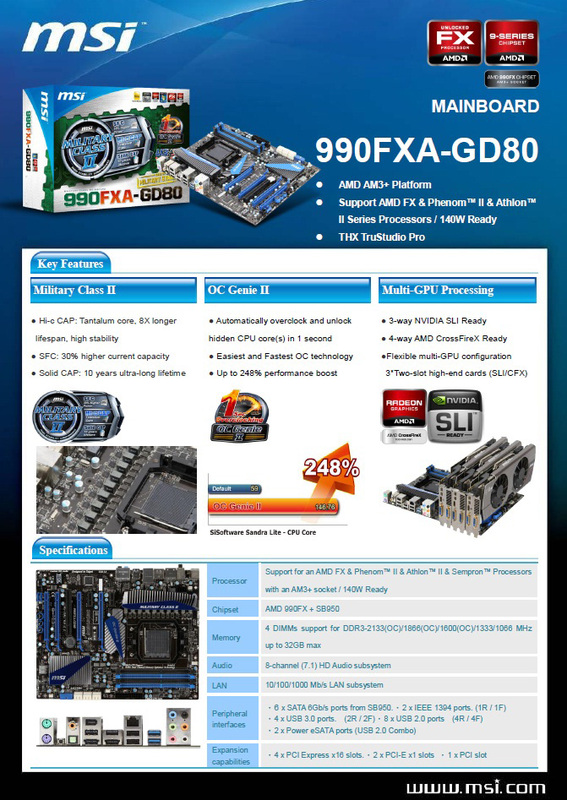