Microsoft has put most cards on the table for Windows 8, but there are still some interesting details left. Including the resolution we can expect from various Windows 8 units. What do you say about 2560 x 1440 on a 10.1″ tablet?

Windows 8 will be the biggest change for Microsoft since the introduction of the current interface implemented with Windows 95, which is still pretty much the same in Windows 7. Microsoft believes Metro will become the next generation interface, but we have our doubts as old habits die slow.

Microsoft has spent a lot of time optimizing Windows 8 and Metro, but also strict demands on the hardware. This includes the resolution, which is a key component. It makes a direct comparison with the new Ipad in the Microsoft blog, and explains the logic behind why Apple scaled the resolution by a factor of 200 percent. For best possible user experience the company has fitted Metro after mainly three resolutions, for the same reason. 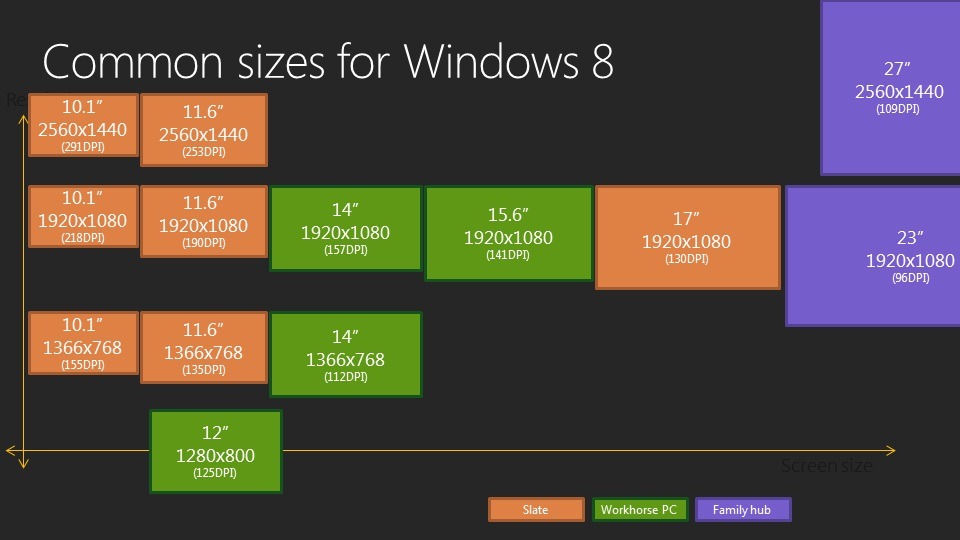 The basic idea is that Metro should look good and work well no matter what kind of computer you are running. Microsoft is also discussing how it can help developers to optimize and build their applications for the Metro interface, and more details on the pixel density that is optimal to touch screens.

Millenium or Vista anyone?