Internet Explorer 9 RC will be improved on most levels compared to the beta version, which was downloaded over 25 million times. Internet Explorer 9 RC will be 35% faster than the beta version, which was made possible through optimizations in the compiler and network cache. This will also make the browser more resource efficient and in the end result in better battery times with notebooks.

Microsoft has revised the interface and made it possible to move tabs in the browser, while it claims to have support for more or less all of the various Internet standards, including HTML5, CSS3 and JavaScript.

Other news in Internet Explorer 9 is full GPU acceleration of text, video and graphics, and user messages about add-ons that reduce the performance of the browser.

More information on Internet Explorer 9 can be found here.

Those of you who wants to try out the new browser can download it from Microsoft’s website. 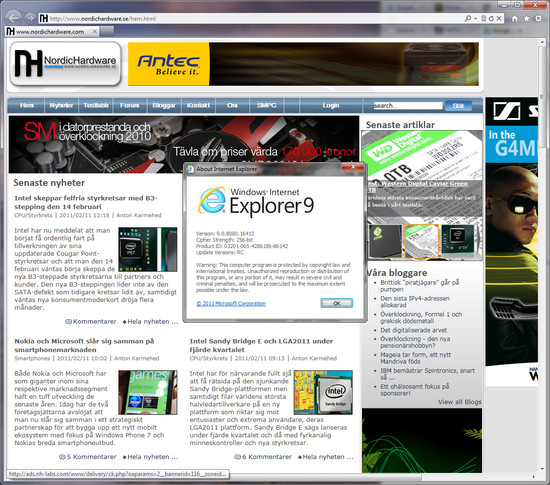