Current SCPC champion Jonas ”Mean Machine” Klar has taken aim for the next title and shared some results before MSI MOA 2010 where he pushed Intel’s hexa-core Core i7 980X CPU beyond 6 GHz with liquid nitrogen. The attempt was more or less a test run but resulted in SuperPi 1M of 6.802 seconds. Together with AMD Radeon HD 5870 Eyefinity6 also cooled by liquid nitrogen he scored 419,344 points in Aquamark3.

The compete specifications were as follows; 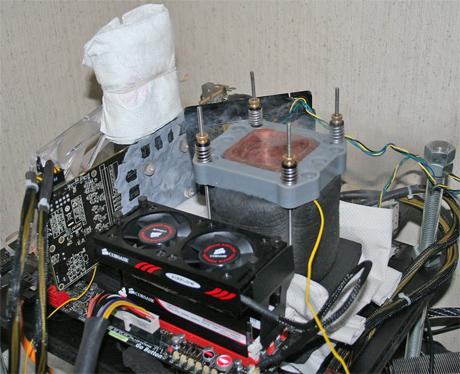