LucidLogix Virtu has been a niche product operating only on desktop LGA1155 systems with the latest Sandy Bridge architecture from Intel. Virtu will now broaden and also work on notebooks, all-in-one PCs and desktop systems from both AMD and Intel.

Virtu will work on principally all systems including those from AMD and gets a better name; Virtu Universal. According to Offir Remez, founder and VP of Lucid it has received good response for Virtu and look forward to seeing the technology in notebooks, all-in-one PCs and AMD based systems. 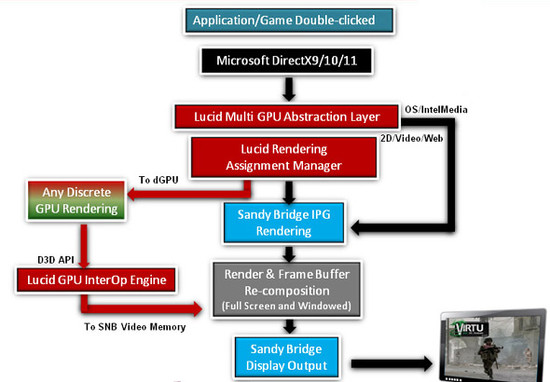 Besides broadening the support of Virtu Universal it brings a function called Virtual Vsync that will offer better responce and experience than before:

LucidLogix Virtu Universal is a software solution that is already being licensed to companies and should appear in all kinds of products in the near future.