Switch Between Devices and OS’ to Boost Productivity

Wednesday, August 31, 2016 12:01 am PDT
EmailPDFPrintRSS
”We designed the M720 Triathlon to address this multi-device proliferation and help boost productivity so people can easily switch between screens and power straight through their to-do list.”

Today Logitech (SIX: LOGN) (NASDAQ: LOGI) announced the versatile Logitech® M720 Triathlon Multi-Device Mouse, designed to help people be more productive and easily work across multiple screens and operating systems. The mouse pairs with up to three devices at once and allows you to switch between them with the touch of a button. It works with Windows®, Mac OS®, Chrome OSTM, AndroidTM and Linux®. Built for endurance, versatility and comfort, the M720 Triathlon is sculpted to fit comfortably in your hand.

“85 percent of people no longer use a single platform or device for their work,” said Anatoliy Polyanker, global portfolio and brand director at Logitech. “We designed the M720 Triathlon to address this multi-device proliferation and help boost productivity so people can easily switch between screens and power straight through their to-do list.”

Thanks to Easy-SwitchTM technology, the M720 Triathlon can seamlessly switch between up to three devices with the touch of a button. With dual connectivity, this performance mouse can connect via the included Logitech Unifying™ Receiver orBluetooth® Smart wireless technology. The hyper-fast scroll wheel lets you fly through documents, and the durable design is built to withstand up to 10 million clicks. Logitech OptionsTM software lets you customize your experience to fit your Windows® or Mac OS® X needs. And, the M720 Triathlon has improved power efficiency and can run for up to two years on a single AA battery. 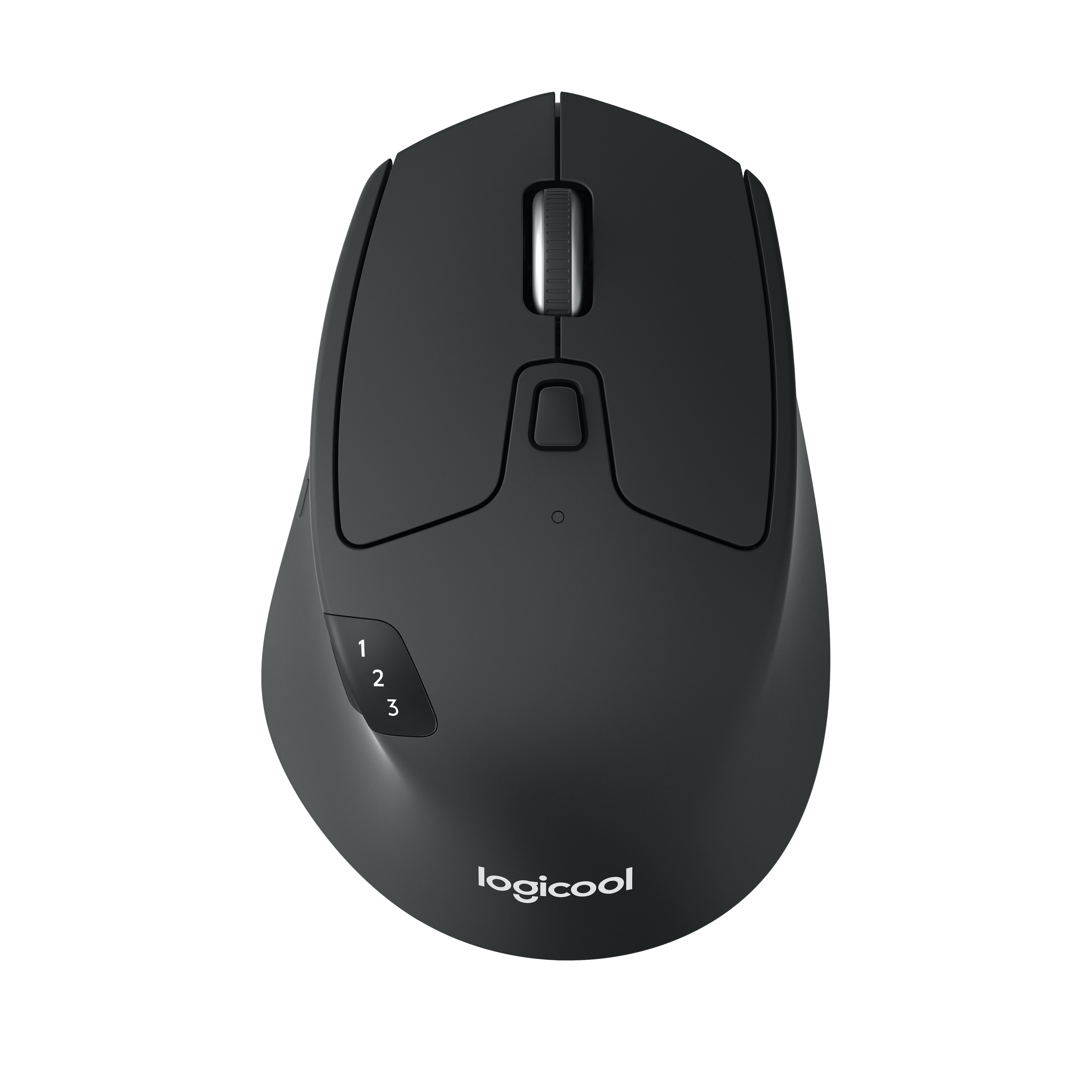 The M720 Triathlon Mouse is available today at www.logitech.com for a suggested retail price of $69.99.

This is one of two mouse announcements for the company at IFA. For more information on our other newly launched products, please visit the company blog.

Logitech designs products that have an everyday place in people’s lives, connecting them to the digital experiences they care about. Over 30 years ago, Logitech started connecting people through computers, and now it’s designing products that bring people together through music, gaming, video and computing. Founded in 1981, Logitech International is a Swiss public company listed on the SIX Swiss Exchange (LOGN) and on the Nasdaq Global Select Market (LOGI). Find Logitech atwww.logitech.com, the company blog or @Logitech.

2016 Logitech, Logicool, Logi and other Logitech marks are owned by Logitech and may be registered. All other trademarks are the property of their respective owners. For more information about Logitech and its products, visit the company’s website atwww.logitech.com.