During Linuxcon Linus Torvalds handed one to ARM and said it is a disorganized mix of circuits. What he is going for is that prominent ARM manufacturers develop one circuit after another, in hope of selling something which makes it hard to support all ARM architecture in the Linux kernel.

Now and then you hear about people complaining about how inefficient x86 is compared to newer alternatives. Considnering x86 goes back to the 70’s that is not really that weird, but AMD, Intel and VIA all abide to a standardized x86 structure. 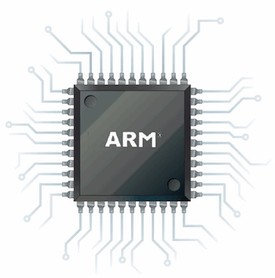 Linus Torvalds says that the lack of a standardization of ARM circuits and units makes it hard to maintain support for hardware based on ARM in Linux. This makes x86 a lot more efficient and simpler to support since there is a common  standard between manufacturers.

”No concentrated effort to have a framework for things… since we try to support a lot of the ARM architecture, it’s been a painful thing for me to see, look at the x86 tree and ARM tree and it’s many times bigger. It’s not constrained by this nice platform thing, it just has random crap all over it. And it was getting to me[…] I just snapped, and instead of running around naked with a chainsaw like I usually do, I started talking to people and a lot of people admitted it’s a problem.”

Linus does say the situation is starting to improve, and points out that ARM is very promising. He says that the problems with ARM is because is there has never been a need for a common standard/platform, since ARM never had the PC.

Next year Windows 8 will be released with ARM support and as it looks today not all ARM circuits will be supported but only those Microsoft approves and can certify. If we are to believe Linus Torvalds this is a problem that will be solved with time as all manufacturers will come to the realization that we need a common standard.