Lian Li has launched a new HTPC case that much like SilverStone GD05 is built on a rather shallow formfactor. Lian Li PC-C50 has a depth of only 325mm and supports micro-ATX motherboards or smaller, and three 120mm fans.

Most impressingly is the cooling, considering the mere size of the case. Two 120mm fans on the side panel, and one 120mm fans in the roof, and a 80mm fan at the back.

Like all Lian Li products, the PC-C50 HTPC chassis has the finely honed finish to prevent sharp edges. The internals are modular, so components can be pre-fitted and then installed in stages, allowing an organized and structural design for your DIY HTPC home theatre system.

Lian Li PC-C50 is expected to cost around 200€ and will be available in black or silver by the end of August. 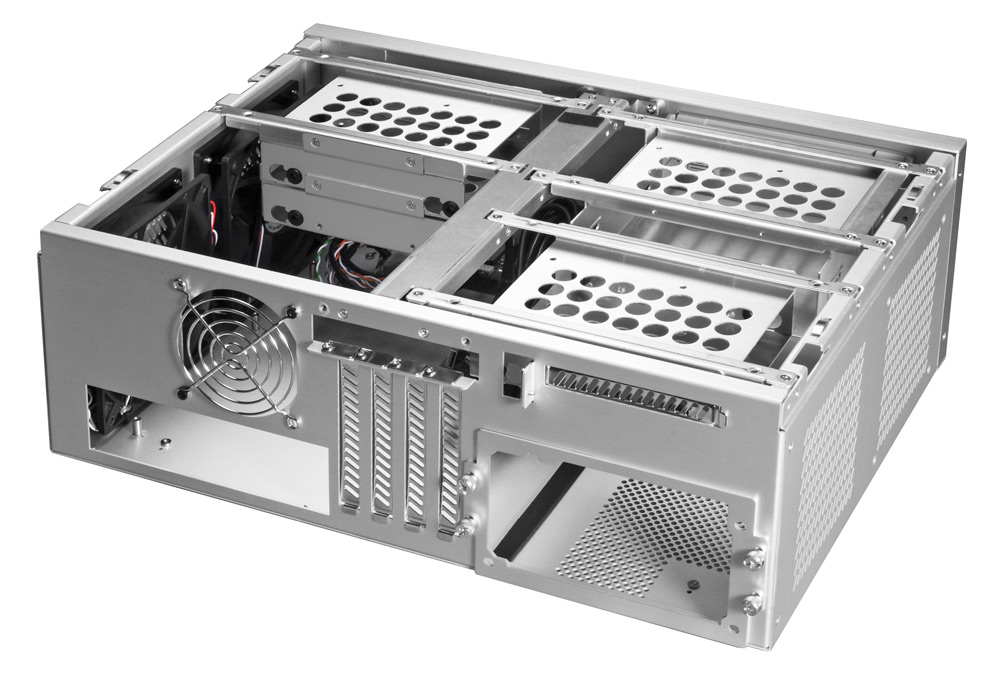