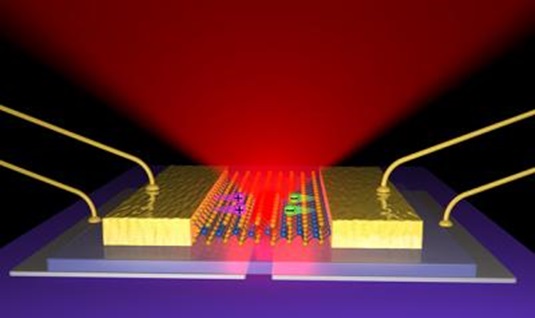 Li-Fi can become the new Wi-Fi, that is at least what scientists at Edinburgh University hopes. Li-Fi use light instead of radio waves and by turning on and off small LEDs rapidly they managed to transmit data at 500 megabyte per second, without eating up more of our radio frequency bands that are already crowded.

Visible light communication (VLC) is experimented with in several ways, but unlike most research groups that has used a mix of red, freen and blue LEDs Edinburgh University has used regular white LEDs. It has built a matrix with white LEDs where each LED transmits its own data stream.

This setup enabled them to reach data speeds over 500 megabyte per second in the lab. This was done by simply seitching the LEDs on and off at a rapid frequency, a lit LED is 1 while a dark LED is 0.

It has founded a company that is planning to sell VLC transmitters that will reach the market in 2012 2012, then with data speeds up to 100 MB/s. The biggest advantage with Li-Fi is that the technology doesn’t occupy the already crowded radio frequency and Harald Haas from Edinburgh University estimates that the VLC technology will cost a tenth of the current Wi-Fi technology.

”Because it uses light rather than radio-frequency signals, VLC could be used safely in aircraft, integrated into medical devices and hospitals where Wi-Fi is banned, or even underwater, where Wi-Fi doesn’t work at all.,” commented Harald Haas

Just like other data transfering technologies that use light Li-Fi has a big drawback, you need free sight. With that in mind it is hard to say that Li-Fi will replace Wi-Fi, since the big advantage of Wi-Fi is that you can move around a lot. In stationary installments the LED technology may have a future.