Leadtek has teamed up with Bigfoot Network and launched a version of the renowned Killer network card. Leadtek WinFast Killer Xeno Pro use the PCI-Epxress x1 interface and as most of you know this is a Gigabit Ethernet network card with plenty of goodies you won’t find in any integrated solutions. The 400MHz network processor (NPU) paired with 128MB DDR2 memory will relieve the CPU of any networking duties and keep performance at its best.

So far the card is only available in Asia and costs and costs around $80, and is sold with pretty much the same advertising as Bigfoot Network used in the West.

Bigfoot Network has been fairly quiet lately and the reason is probably that even though it has a powerful product at hand, its uses and the premium price makes it inaccessible to many. Perhaps Leadtek can turn things around. 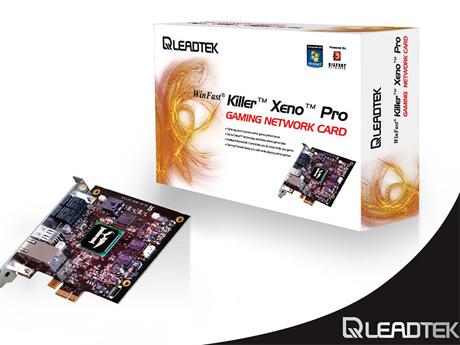 Hey there! Do you know if they make any plugins to debgkdbbadeaekcd