Earlier stories have said that Ivy Bridge will get similar performance as Sandy Bridge and that only the graphics circuit would get a make-over. In leaked slides from Intel it looks like Ivy Bridge has more to offer than we initially thought.

Ivy Bridge is Intels’ first at 22nm and it will launch during March/April. Focus has been on bringing forth a new graphics circuit and improving the Quick Sync technology. Intel’s slides about Ivy Bridge has found the web and also mention substantial changes made to the CPU part of the circuit. 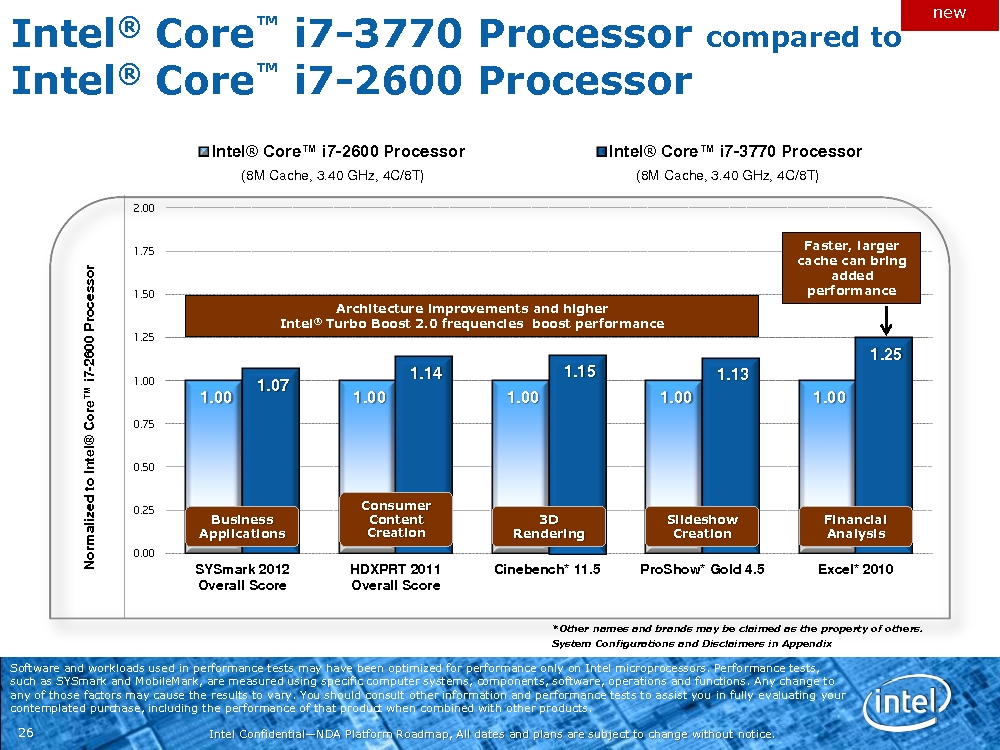 Intel says that performance will be up 7 to 25 percent coming from improvements in the architecture and Turbo Boost 2.0, and faster cache than in Sandy Bridge. The results are actually better than expected and we believe that the boost comes from many minor improvements, but the biggest help comes from a better and more efficiency Turbo Boost technology. 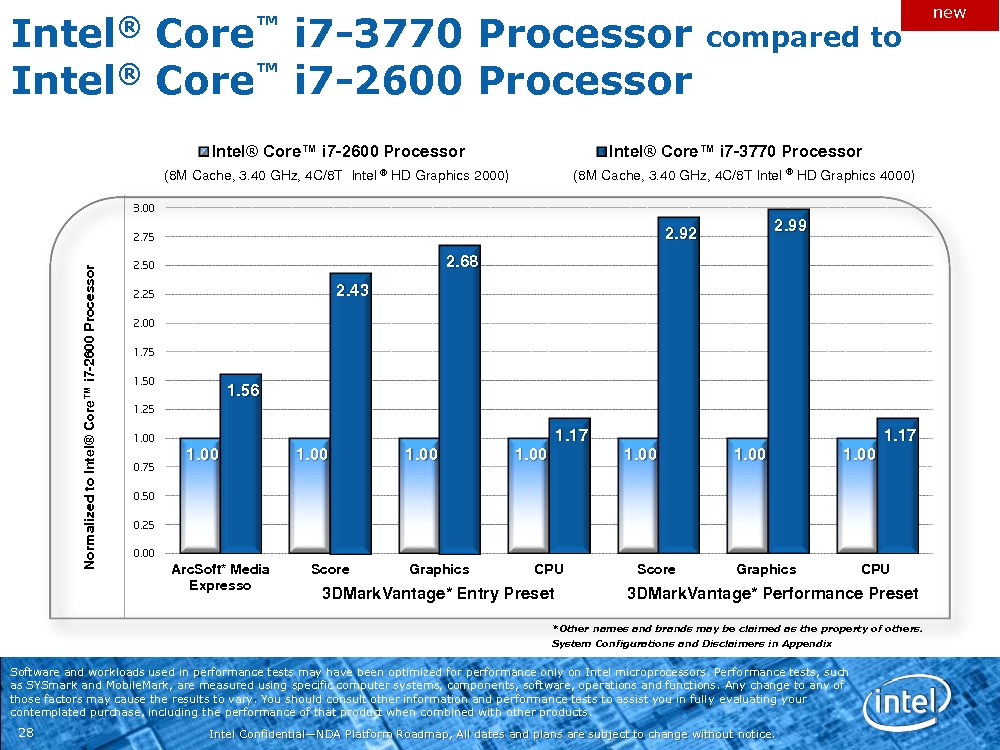 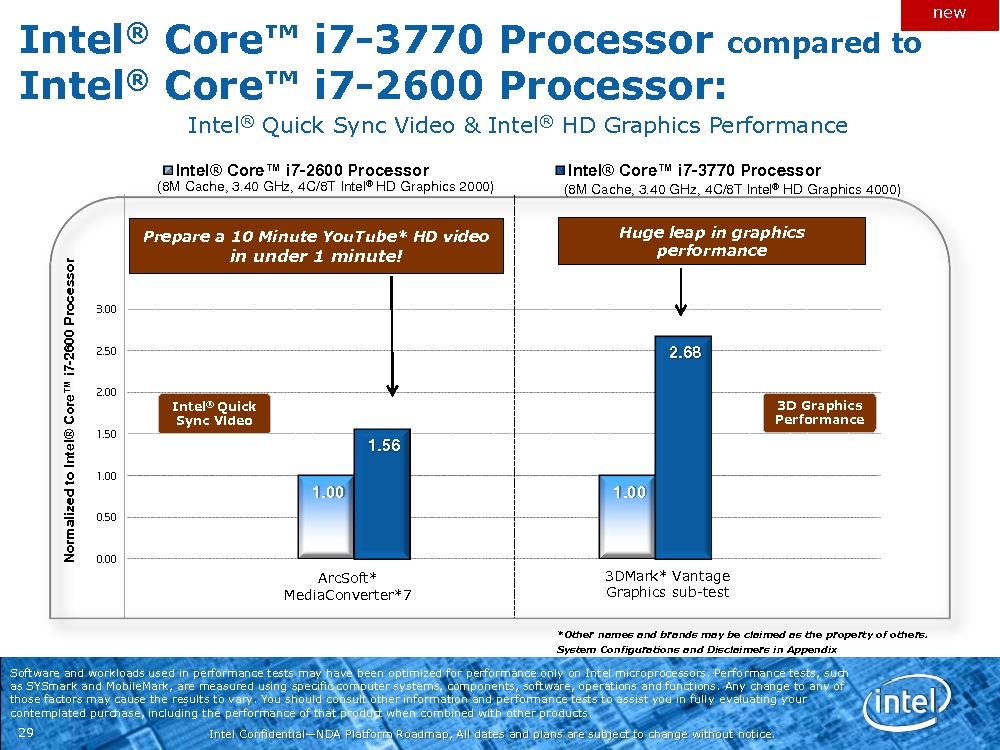 Intel compares Ivy Bridge new HD 4000 graphics to HD 2000, and not HD 3000, which is why it looks almost three times better . Such an improvement would put Ivy Bridge alongside AMD A6-3650 in graphics performance according to our own tests. Besides better graphics performance Intel has also tried to improve quality to make it up to par with AMD’s and NVIDIA’s solutions. Its Quick Sync technology has also been reworked and we see a noticeable lift here as well. 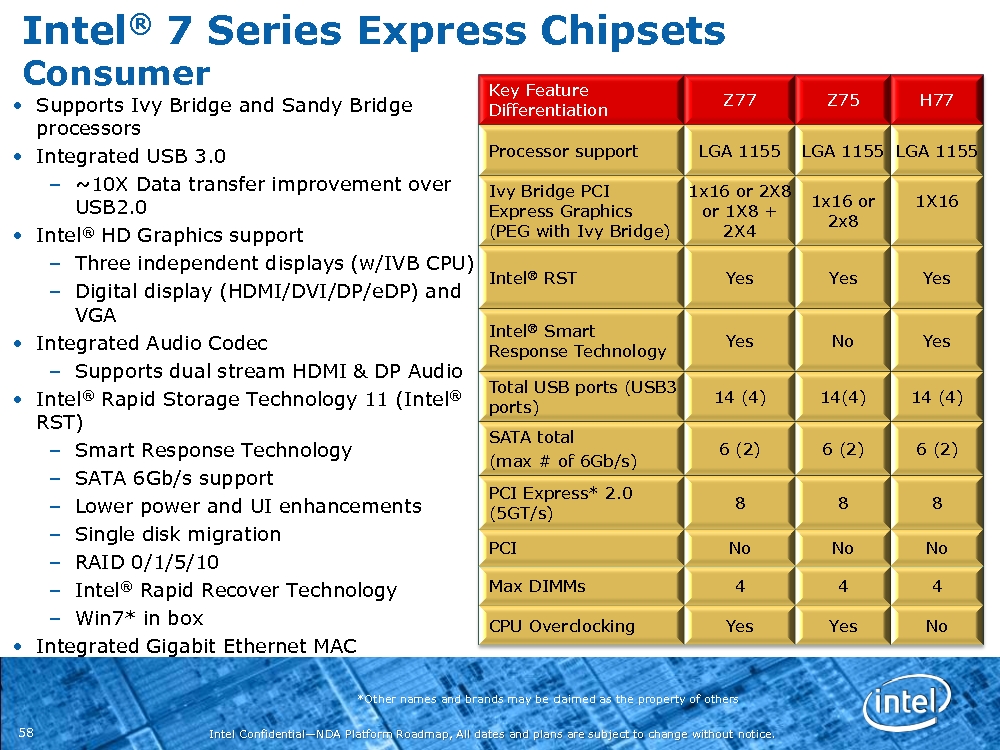 The 7 series chipsets comes, finally, with support for USB 3.0. Llike AMD’s A75 the chipset supports 14 USB ports whereof four are USB 3.0, but it still only offers two SATA 6.0 GB/s ports. Ivy Bridge supports PCI Express 3.0 that is used by next generation graphics cards from both AMD and NVIDIA. Apparently the chipset only supports PCI Express 2.0, but this will not affect end users. These PCI Express lanes will be used by manufacturers that wants to add extra logic to boards, like support for more SATA 6.0 GB/s or USB 3.0 ports.

As mentioned before Ivy Bridge is expected to launch in March/April next year, and it certainly looks like more than just a transistor shrink.