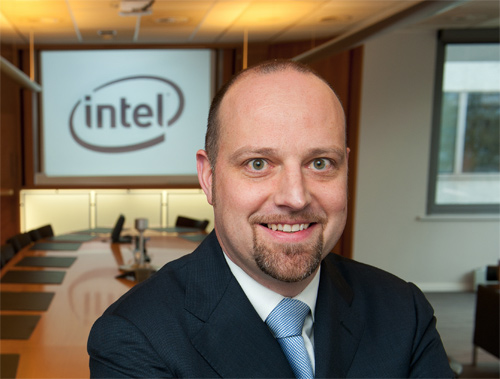 In part four of our interview with Pat Bliemer we discuss something that has been a bit of a question market and another thing we have taken for granted. Future processors will be moving toward becoming systemprocessors (SoC), with most necessary components directly inside the processor, a vision that Intel shares.

The future on the market and in the semiconductor industry is without a doubt systemprocessorer (SoC) with closer integration of components in one and the same circuit. The PC market is slowly moving in this direction, moving it closer to the development among smartphones, where pretty much everything is housed inside a single circuit. We asked Pat Bliemer about the challenges for its engineers and not surprisingly he said they have overcome every obstacle. He even went so far to sy that systemprocessorer is the future for Intel.

”I think that is what Intel has demonstrated for the last 40 years what we can do as a company. We indeed believe that the future of the chip will be system-on-a-chip. So you will see more and more of our product lines go towards that SoC type of model.”

We then asked exactly how much it intends to integrate into its processors in the future and if RAM was on the menu for so-called 3D-stacking. He says there are such possibilities, but that intel has also made some interesting acquisitions that will contribute to future designs. Intel wants to integrate more dedicated logic into the processor to speed up different kinds of applications.

”There are plenty of opportunities to do that kind of stacking. But I think there are also very interesting developments if you look at some of the acquisitions that we’ve done in the past. There’s a company called Silicon Hive, which does graphics post-processing for example. They have very unique IP and basically little chips and that is stuff we can start building into these SoC’s as well.”

For example we have Quick Sync for video transcoding, but according to Pat Bliemer more and more dedicated logic will be integrated into future SoC designs. Intel wants to be able to offer different kinds of SoC designs tailored specifically for different market segments. Quick Sync is just the start of something much bigger from Intel. he also added that he both read and heard that many were missing Quick Sync in the new Sandy Bridge-E processors.

Sandy Bridge was just the start, more logic will be integrated in future processors from Intel

”Yeah. So we have actually in the portfolio a lot of interesting options that we can just come up with a range of SoC’s really specific for segments. Having features or logic on it specifically delivering end-user value for a set of different segments. So that’s where we see it go.[…]I thought it was interesting to read in some of the write ups on Sandy Bridge-E the Extreme Edition, that actually one of the things that people are missing even hardcore guys ’There’s kind of a shame there aren’t Quick Sync capability on it’.”

In the next part of the hour long interview with Pat Bliemer we will discuss Ultrabooks in detail. We will discuss what defines an Ultrabook, and where Intel sees the concept in the future to stand out from the vast amount of notebooks.