Intel has made another breakthrough in its experiments with optical data transfers, and has now created the world’s first silicon-based optic data link that uses lasers to move data inside a computer at speeds of 50 billion bits per second.

Intel presented the new Silicon Photonics Link technology, developed by Intel Labs, during the Integrated Photonics Research conference in California. The company presented how it today can reach speeds that would transfer a motion picture in HD quality in a second. The goal is set even higher, the research team wants to reach speeds that would make it possible to transfer the entire content of a notebook in a single second. This is possible by cutting out the classic copper lanes and use light instead, or more precise lasers.

The first prototype Intel displayed couldn’t just reach longer distances than possible with copper, but also much greater speeds. The system is built around a transmitter that converts the data to optic signals and sends these over four minimal fibre optic cables. The cables aren’t just small, but also cheap and have capacities of 12.5 Gbps each. The optic signals are then received by another circuit that leads them into a photodetector and convert them back to electronic signals. 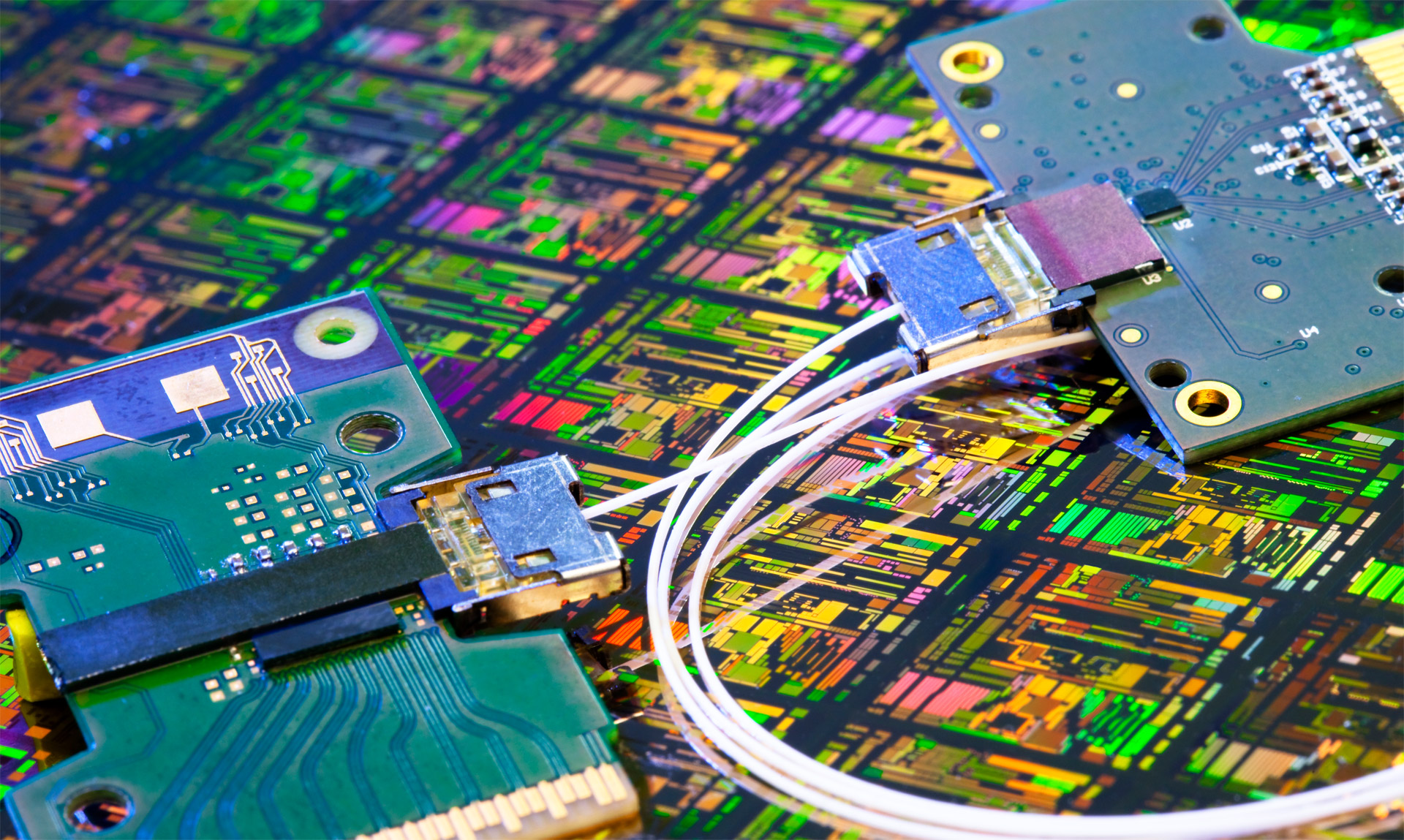 Intel believes it can increase the speed by using more lasers, but also scale the speed of the modulator circuit that converts the electronic signals to optic signals. This way it hopes to reach the speeds of 1 Tbps and more, which is required to move all data from notebook in a mere second.

Intel points out that the technology is a part of a larger I/O strategy, but at the same time it was developed independently from Light Peak teknik that also uses optic technology to reach speeds of 10 Gbps, but is much closer to a commercial adaption than Intel’s Silicon Photonics research.

Silicon photonics will have applications across the computing industry. For example, at these data rates one could imagine a wall-sized 3D display for home entertainment and videoconferencing with a resolution so high that the actors or family members appear to be in the room with you. Tomorrow’s datacenter or supercomputer may see components spread throughout a building or even an entire campus, communicating with each other at high speed, as opposed to being confined by heavy copper cables with limited capacity and reach.