Intel shows off 22nm Knights Corner with over 50 cores 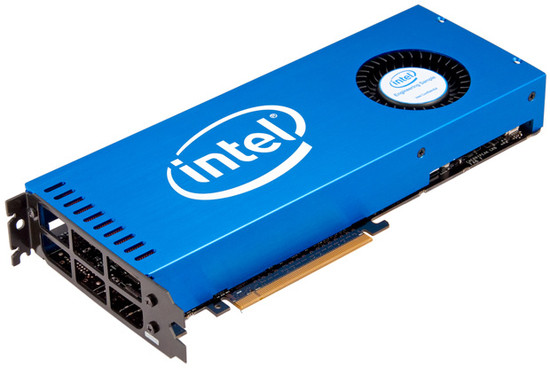 Intel has presented a ”processor” with over 50 cores, part of its MIC architecture. The processor, or expansion card, is indirect intended to compete with AMD’s and NVIDIA’s graphics cards on the professional market, and do so with x86.

Most have heard of Intel Larrabee, the company’s attempt to compete with AMD and NVIDIA on the graphics card market. Larrabee was loosely based on the Pentium core and had four-way HyperThreading support.

The project was later scrapped as the company realized it would not succeed on the gaming market, but in reality it just switched name. Larrabee became Intel MIC (Many Integrated Core) and it still had plans to make it into a processor for handling highly parallel operations – like a graphics card from say AMD or NVIDIA that relies on hundreds or even thousands of cores working in parallel.

Intel earlier released its MIC processor in the form of a 45nm version with 32 cores to interested parties and developers, but it is not until now it will become a commercial product. Knights Corner will be built at 22nm, and get over 50 cores, all x86 compatible. Knights Corner will be a PCI Express expansion card and the upper hand Intel will get over AMD and NVIDIA is that it will work with already established x86 code, while solutions from AMD and NVIDIA require rewriting the code to work optimally, or at all. 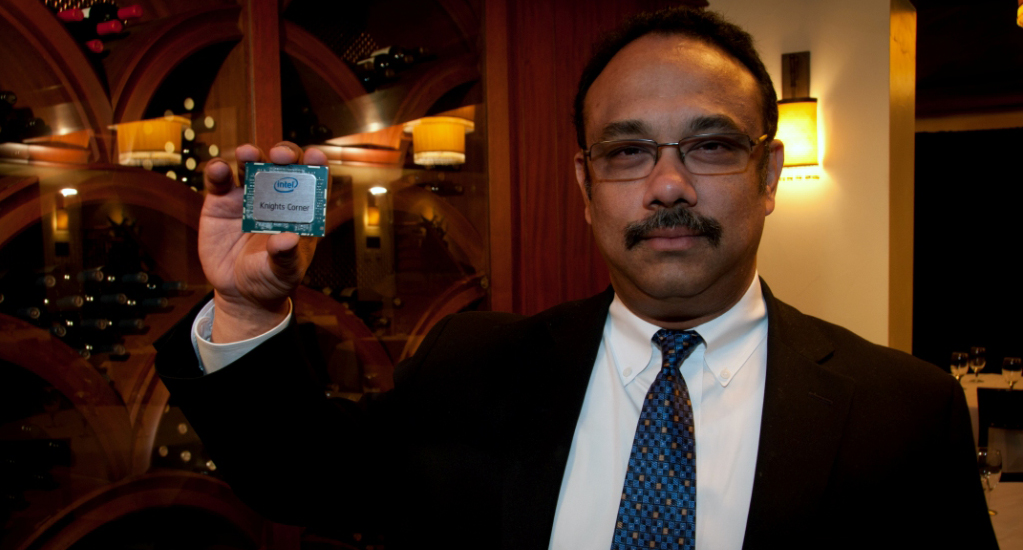 The performance of Knights Corner will be at 1 TFLOPS at continuous double-precision floating point operations. This is higher than both AMD HD 6970 and NVIDIA GTX 580 that sport 675 and 791 GFLOPS in theoretic performance, respectively. Knights Corner will be Intel’s first product for sales based on the Larrabee project (now MIC), and it sounds like they a better product now than last time. With both better performance than competing products, and compatibility with older code the programmers doesn’t have to learn a new langauge to get the most from Knights Corner.

While Knights Corner is only for workstations, servers, supercomputers and overall the professional market it is an interesting product to follow and see if Intel can beat NVIDIA and AMD at the home field.