We knew that Intel will launch its first retail hexa-core in March, but new leaks have revealed major portions of the roadmap for 2010. It reveals several interesting  processors and among them we find the next Core i7 processor based on Intel’s 32nm Westmere architecture.

The processor is called Core i7 970 and just like Core i7 980X it will sport six processors cores, but operate at a lower clock frequency, only 3.2GHz. The TDP is rated 130W and with HyperThreading the processor will be capable of 12 simultaneous threads.

The price has not been set yet, but with a launch in Q3 2010 the hexa-core processor will be the first in Intel’s lineup that won’t cost a minor fortune.

As expected, Intel hasn’t confirmed the story, but according to our own sources Core i7 970 is indeed coming, but whether the specifications will be the same at launch remains to be seen. 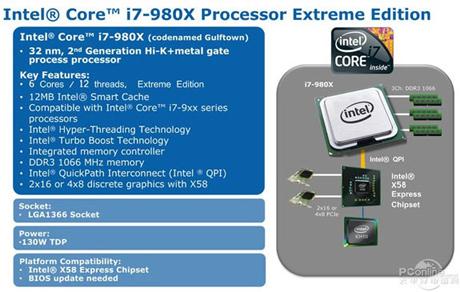