The world’s largset processor manufacturer marches and nothing seems to stop it. Intel has presented its fiscal numbers for 2010 and the last quarter. The results show a new record quarter and the best year ever for the giant as it increased its net result with 167% compared to last year with 11.7 billion dollar.

The fourth quarter of 2010 was better than Q3 2010 and the same quarter in 2009. Year-to-year Intel increased its revenue with 8% durin Q4, while the net result was up by 48% year-to-year, also a record result, but that doesn’t mean Intel is happy, on the contrary.

“2010 was the best year in Intel’s history. We believe that 2011 will be even better,” säger Paul Otellini, Intel VP

With a succesful launch of the processor platform Sandy Bridge it has a good foundation to build on for 2011. The complete report can be found below. 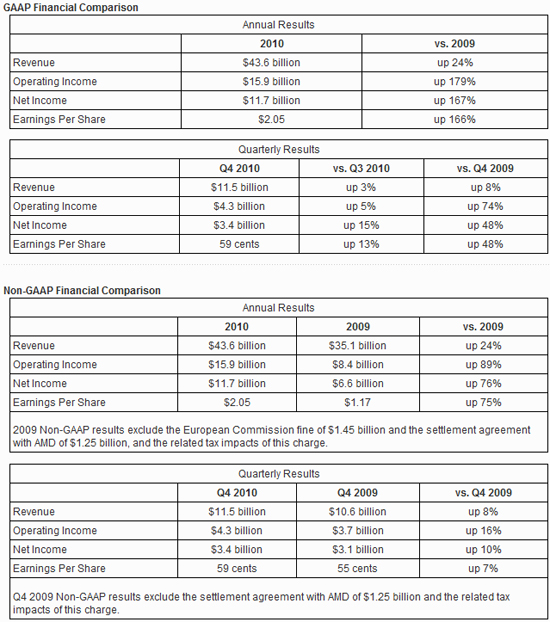