Intel is moving forward with its ultrabooks venture and the next stop will be a broader support for touch technology with the launch of Windows 8. Intel VP Paul Otellini now promises there will be 40 or so ultrabooks in development with Windows 8 and touch screens.

In total there are more than 140 ultrabooks in development that uses Intel’s fresh Ivy Bridge processors and of these 40 or so use Windows 8 and touch screens. This is an improvement of earlier numbers revealed by Intel. When the models will appear and the companies behind them was not revealed, but more accepted to join the race. Already during Computex Asus, among others, showed several interesting concepts where a new model of Asus UX21A was shown with a touch screen.

The new numbers for touch ultrabooks aside, Paul Otellini also said there is a dozen or so hybrid models in development. Here we are talking about ultrabooks where the notebook can be transformed into a tablet in various ways. We have seen Asus Taichi with dual 1080p screens, but also other solutions like dockable screens or for that matter MSI S20 with a keyboard that slides out. 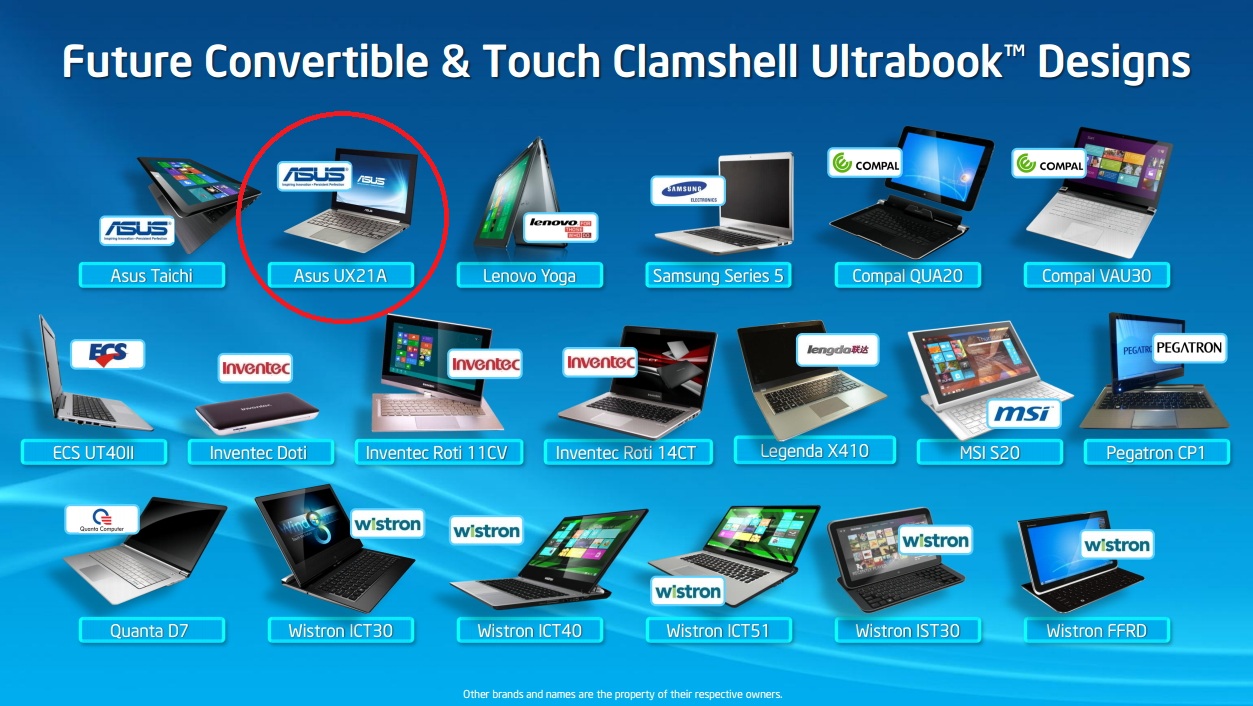 One thing is for certain, the ultrabook market will become much broader in the near future and the question is perhaps not what will happen with all thin computers on the market – but rather what will happen to the rest of all notebooks.