Anaphase is a research project at Intel that hopes to enable improved performance with single-threaded applications on multi-core processors. Intel mentioned a joint venture with Silicon Hive back in February that would improve multi-thread performance of single-core processors, more specifically with Intel Atom. It looks it is also working on doing the reversed, as more and more processors with multiple cores are launched.

Beside a whole lot of software optimizations it requires new hardware. Intel-Core Memory Coherency Module (ICMC) is a new components we will find in future Intel processors.

Intel’s combined software hardware technology will offer an overall performance boost of 10% in Spec2006 compared to multi-core solutions, while so-called ”tiny-core” architectures will see an overall improvement of  41%. Intel is most likely referring to the Tera-scale project where it presented a working 48-core processor a while back. In some applications performance will increase 2.6 fold with tiny-core architecture. 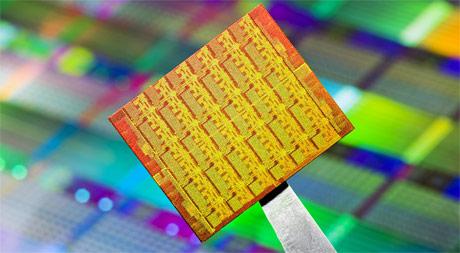 The execution will be very important with Anaphase and when the new technology will be widely available, but considering the focus on multi-core architectures with both CPUs and GPUs this os truly a well suited development.