Intel and NVIDIA has had a frosty relation at best over the last couple of years. The world’s largest semiconductor manufacturer and the well known graphics developer has been in straight out wars that has manifested itself in everything from characitures to official statements. The two has now settled its grudges and signed a cross-license agreement where Intel pays NVIDIA 1.5 billion dollar.

Intel’s reputation has been shot in the sank lately with multiple settlements and court losses over anti-competitive actions and unfair affairs, including one that gave AMD 1.25 billion dollar. A settlement was reached after Intel was fined 1.46 billion dollar by the EU commission back in 2009.

Intel ended 2010 with accepting a settlement with the Federal Trade Commission with it accepted to license parts of its processor technology to other circuit manufacturers and stop pressuring partners to hinder the progress of the competition.

Yesterday both Intel and NVIDIA released the news that it will stop arguing for the moment and instead focus on the future. All other court appointments have been cancelled and the two have now signed a new six years long cross license agreement.

The agreement means both companies have access to each others patented technology and for Intel this wil mainly be used to develop its GPU technology, an area where NVIDIA has quite a lot of patents.

Neither chipsets nor x86 patents for NVIDIA

NVIDIA in turn gets a look inside Intel’s patented CPU technology, but also an extension of its C2D/AGTL+ bus agreement, but no bus license for the DMI/QPI buses used by current processor platforms. In other words, NVIDIA has given up on its chipset manufacturing and instead focus on a combination of finanses and future chip making. The agreement also states that Intel will pay NVIDIA 1.5 billion dollar during the six years the agreement runs. At the same time NVIDIA gets access to unspecified microprocessor patents.

”This agreement signals a new era for NVIDIA,” sa Jen-Hsun Huang, Nvidias VD och koncernchef.”Our cross license with Intel reflects the substantial value of our visual and parallel computing technologies. It also underscores the importance of our inventions to the future of personal computing, as well as the expanding markets for mobile and cloud computing.”

As we reported a while back NVIDIA is going to use the ARM architecture for a performance circuit and we have a certain feeling that both money and microprocessor patents may come in good use with Project Denver. 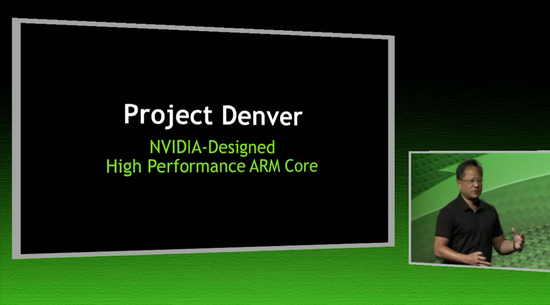 It feels like Intel has settled with most of its deamons and even it is more or less the loser in this one we have a hunch that it has made more money from its actions during the many years NVIDIA, and others, was held back.

NVIDIA continues to make progress and has after a down period it has started off 2011 good. Tegra 2 looks to become a favorite among tablet and smartphone makers, the graphics cards have started to sell well, a new performance processor is in development and it just received a huge cash injection.