Intel rounds off the year with a new SSD launch and even if it is not the third generation X25 family, the Intel 310 series has some interesting plans. Through its mSATA format the new SSDs are very small and takes Intel’s SSD technology to extremely crowded platforms.

The Intel 310 series was developed under the code name Soda Creek and measures only 50.8mm x 29.85 mm x 4.85 mm. Even though it is so small Intel has managed to squeeze in enough 34nm MLC NAND flash circuits to enable storage densities up to 80GB. Performance looks more than OK too where the 80GB model reaches 200 MB/s at read and 70 MB/s at write, not bad for a solution of this size. Performance during read and write of 4K files lands at 35,000/6,600 IOPS. The 40GB models drops a bit with less memory channes and the read and write speeds land at 170 MB/s and 35 MB/s  respectively, also 4K performance drops down to 25,000/2500 IOPS. 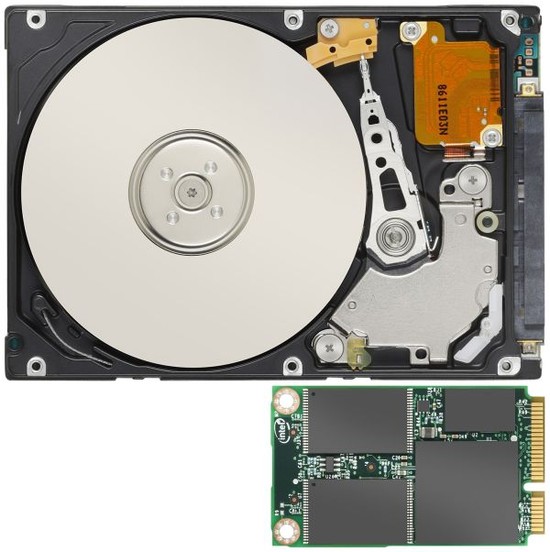 Intel will start selling the 310 series to OEMs. The PCIe mini connectors makes it a bit unattractive for retail channels. Companies such as Lenovo has revealed it will be using the new SSDs in coming computers. The price will be $100 and $170 (1kU), which means these machines will be in the premium segment. Besides notebooks, Intel’s new SSDs are slated to appear in tablets and other portable devices.