Intel looks to be taking the new K series for serious. Intel will release at least two overclocking friendly versions that much like its ultraexpensive Extreme Edition CPU will get unlocked multipliers. This will improve overclocking potential and with stock specifications lower than the flagship the prices will be a lot more reasonable. We now hear that the new processors will get a new boxed coolers that will bring even better overclocking potential out of the box.

The processors are expected to be named Intel Core i7 875K and Core i5 655K, and will operate at 3.0 GHz and 3.2 GHz respectively, where the former houses four cores and the latter two cores and an integrated GPU.

The new cooler has appeared on a rendered image and it is similar to the one shipping with Core i7 980X Extreme Edition. How it performs when compared to third-party coolers remains to be seen, but it should be a decent option for overclockers on a budget. 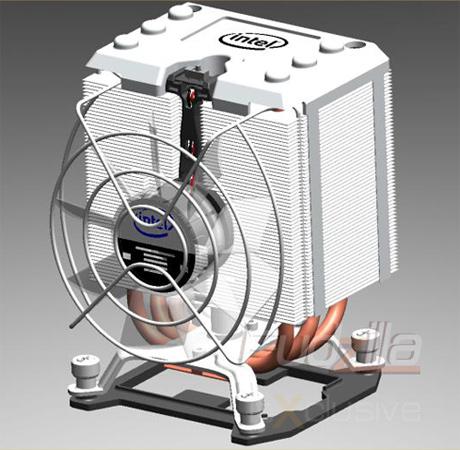