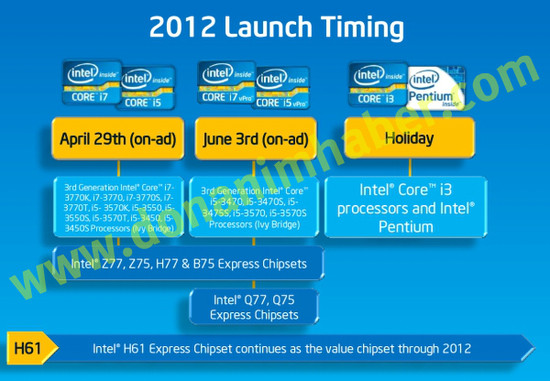 Ivy Bridge will launch April 29th, this is confirmed by leaked raodmaps from Intel. With brand new 22nm technology and 3D transistors Ivy Bridge is expected to raise the bar for CPU performance, while the maximal energy consumption will drop considerably.

It has been known for about a year know that Intel would launch the Ivy Bridge architecture in Q2 2012. Rumors of a launch in late April have been confirmed by a leaked roadmap from Intel self.

Turkish Donanimhaber got its hands on the roadmap that speaks of 10 different Ivy Bridge models, ready to launch on April 29th. Intel focuses on Core i7 and Core i5 in April, but will follow with another 5 models in the Core i5 series on 3rd June. The entry models in the Pentium and Core i3 family will not appear until the holiday season.

On 29th April we will see the flagship Core i7 3770K that has already been dissected by Anandtech. It came to the conclusion that the Ivy Bridge architecture brings 5-15% better CPU performance than Sandy Bridge, and the integrated graphics is 20-55% faster.

here are some of the models that will launch 29th April and all are made with 22nm Tri-gate transistors and a 77 watt TDP, which is substantially lower than Sandy Bridge at 95W TDP.

Together with the new processor models there will be a bunch of motherboard based on the Intel 7 series of chipsets. We already ahve the first set of Intel Z77 motherboards in the lab and are digging into them as we write this. They include MSI Z77A-GD65 and micro-ATX ASUS Maximus V Gene. Other chipsets that will launch on April 9th include Intel Z75, H77 and B75 Express. 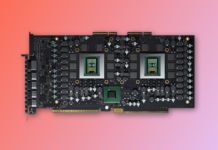 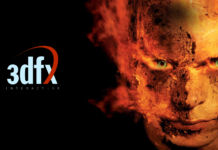 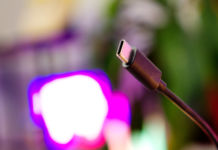