Intel Core i7-3930K will be the middle child of Intel’s coming processor series Sandy Bridge-E. With six cores from Sandy Bridge and a quad-channel DDR3 memory controller a sample of the processor has ended up in the hands of Coolaler that has presented a performance preview and compared it to Intel Core i7-980X.

Intel will roll out the new enthusiast platform LGA2011 and the powerful circuits of the Sandy Bridge-E family. As the successor to the long-lived LGA1366 platform Intel will target workstations and demanding enthusiasts where performance is much more important than affordability.

With Sandy Bridge as the foundation the processors will be tweaked with a quad-core DDR3 memory controller, better overclocking and up to six cores in retail – eight for servers.

We knwo since earlier that Intel is planning at least three Sandy Bridge-E processors in the Intel Core i7-3000 series this fall and it is the middle child Core i7-3930K that Cooler has. The processor will operate at 3.2 GHz, but can overclock to 3.8GHz in Turbo mode. it was locked at the nominal frequency and then compared to Intel’s current Gulftown architecture at the same clock frequency and number of cores.

The differences between the platform is a more efficient architecture and an extra DDR3 memory channel and the results show that there are optimizations to do before the launch. At HWbot they ahve gathered the results from Coolaler’s tests and have concluded that the difference is only a few percent, where the more powerful on paper does not always win. Despite a more powerful architecture and on paper better memory controller. What we can tell from Coolaler’s report may be some form of multithreaded performance, perhaps related to the HyperThreading support. 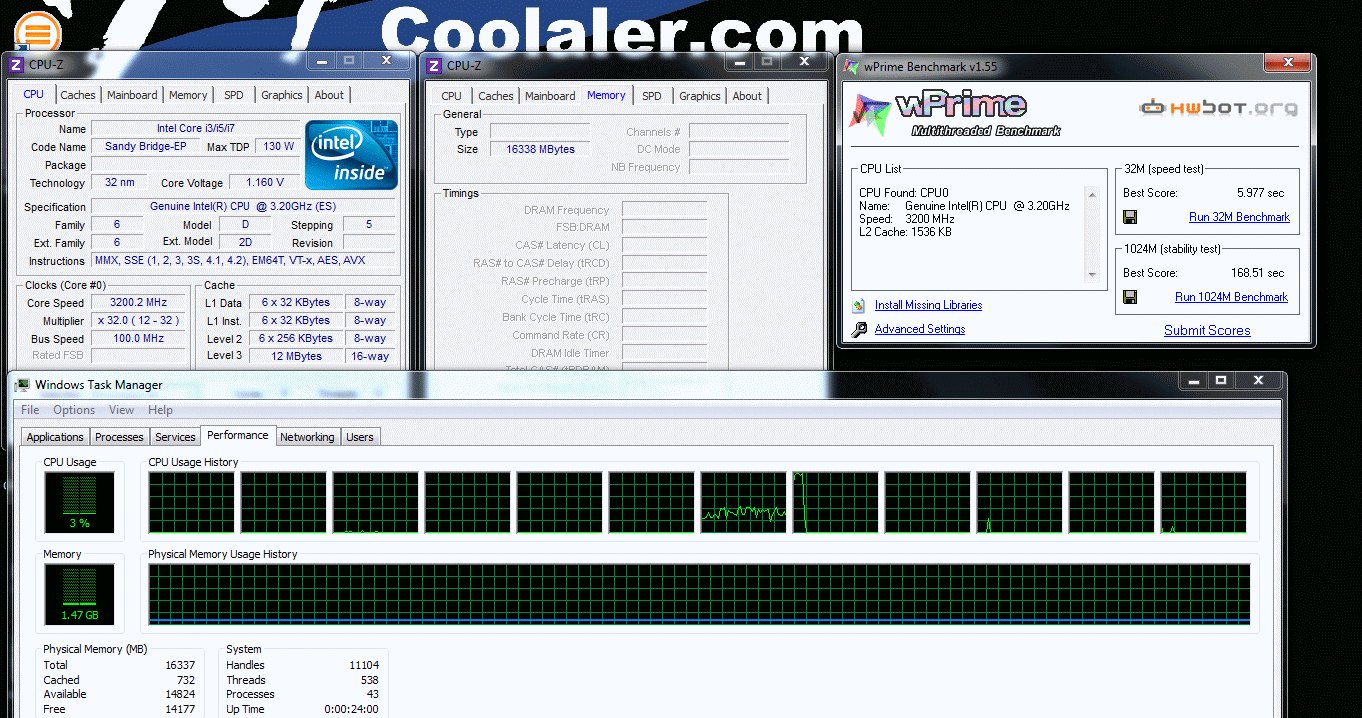 On the whole we can’t say anything for certain from this, leaked doruments mentioned gains of 10-100% depending on application. It is still nice to see some proof of life where the new platform is expected to arrive in November 2011.

thanks for the benchmark comparisson. this was what i was looking for.