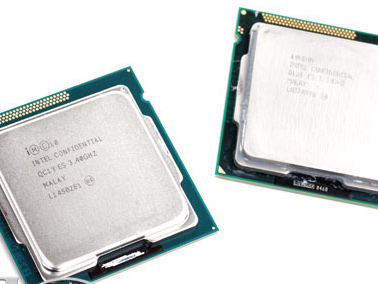 It is no secret that Intel will raise the bar with the new Ivy Bridge architecture. It has been notoriously bad at offering acceptable 3D performance with its integrated graphics circuits. Not until Sandy Bridge we could see some sort of sign that things were improving and moving in the right direction. With Ivy Bridge rumors have spoken of substantial boosts, which is now confirmed by tests published in Asia.

According to a member at Expreview – that support the results – Intel Core i5-3570K offers on average 67% higher fps in 3D games when compared to Core i5-2500K. We should say that the tests were fairly easy to run and the CPU could very well have an influence on the scores here. For a not yet launched platform and early drivers this is still a nice boost and could mean the difference between playable and not playable in many games. Even if the processor circuits operated at the same frequency, 3.3 GHz, Ivy Bridge is said to offer 10-20% better CPU performance, which needs to be accounted for in these tests. 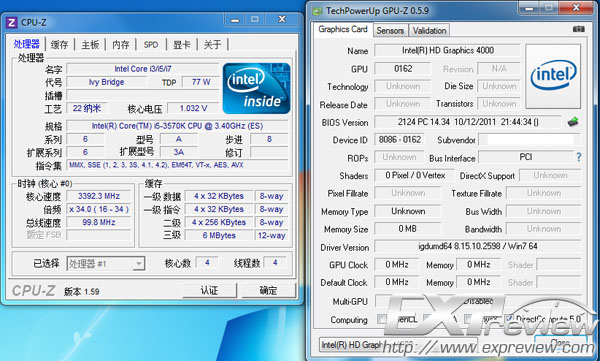 Sadly – for Intel – they also ran the same tests on an old GeForce GT 240 graphics cards from Nvidia. with 1 GB dedicated graphics memory (HD Graphics 4000 in Ivy Bridge has 256MB) and a GT215 GPU with 96 CUDA cores. Here the results were the opposite. Nvidia’s budget graphics card was on average 56.25% faster and shows that there is still much work left in integrated graphics processors. 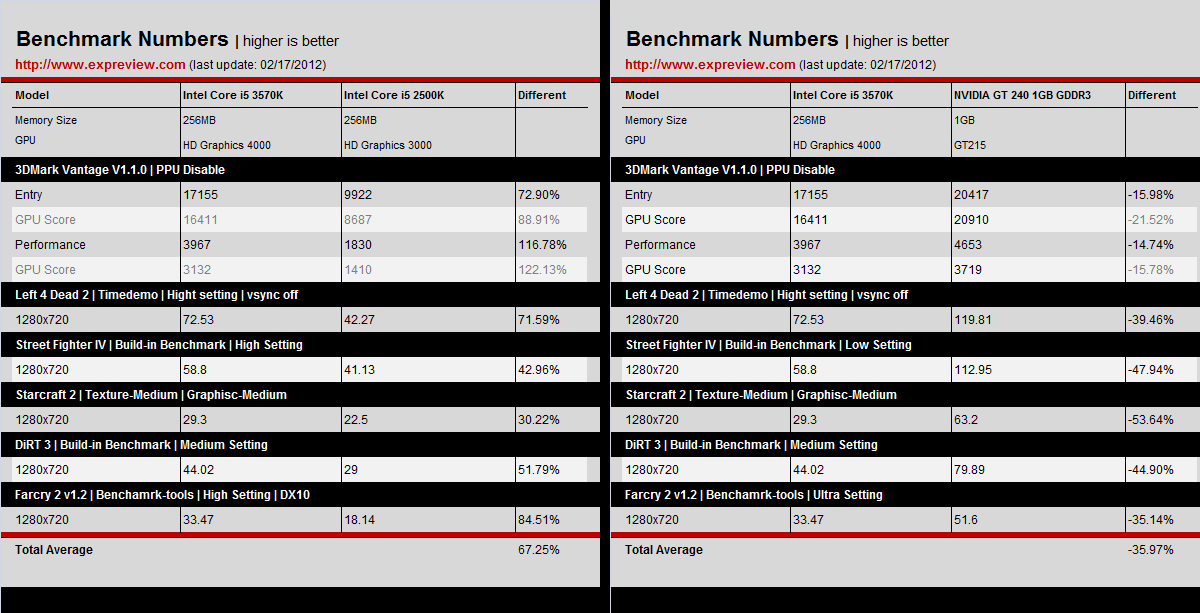 At the same time, Intel HD Graphics 4000 will offer good functionality and performance when playing high definition video and the support for OpenCL and DirectX 11 are very welcomed additions. Last but not least it is worth to note that GeForce GT 240 is a cheap and elderly card, but its specified TDP at 69 watt can be compared to the 77 watt that Intel’s entire Core i5-3570K processor consumes, CPU and GPU included.

Intel will launch the new Ivy Bridge architecture on April 8th and the integrated graphics processor HD Graphics 4000 will have to battle AMD’s fresh Trinity APU and its Northern Islands based Radeon HD 7000 GPU.