Intel’s new Atom platform has been detailed and most information on the first retail models is out in the open. We know about D2500 and D2700 that will be used in nettops and other small desktop units, and we can now report about N2600 and N2800 for netbooks and other portable units, e.g. tablets.

The other model is called Atom N2600 and comes with two cores at 1.6GHz with HyperThreading support, 1 MB L2 cache and a single channel 64-bit memory controller and just DDR3-800 support. The GPU of this model is called GMA 3600 and operates at 400 MHz.

Besides the obvious differences Intel has managed to lower power consumption thanks to changes made to the Atom SoC model and the move to 32nm. Atom N2800 and N2600 comes with 6.5W and 3.5W TDP, and it is not unlikely that we will see N2600 in plenty of tablets on launch day. 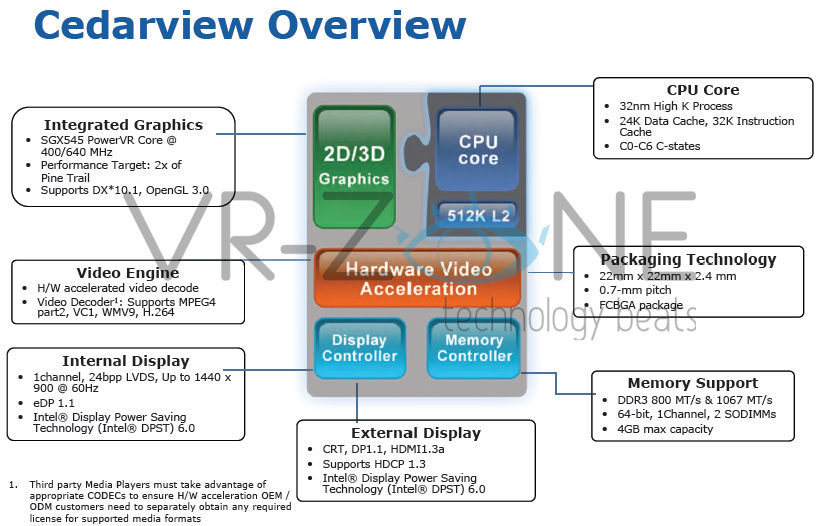