The cooler has a large copper base that lies against the GPU and through the five heatpipes the heat is transferred to the large heatsink. The two outer fans measures 80mm in diameter while the middle fans is slightly larger at 90mm. The cooler measures 260 x 100 x 53 mm and has a LED-lit iChill logo on the top. 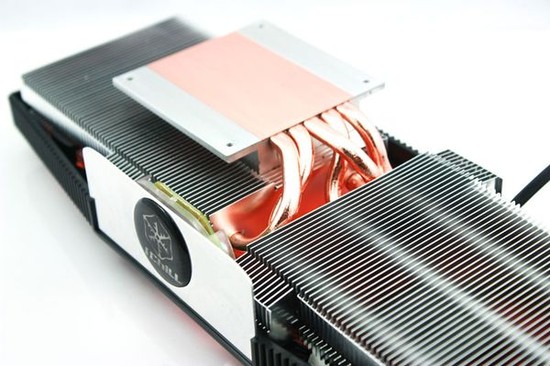 Inno3D says that the IChill VC26 cooler will result in 30 degrees lower temperature and to keep memory circuits and power circuits cool it has developed an aluminum plate that distributes the heat from other components. 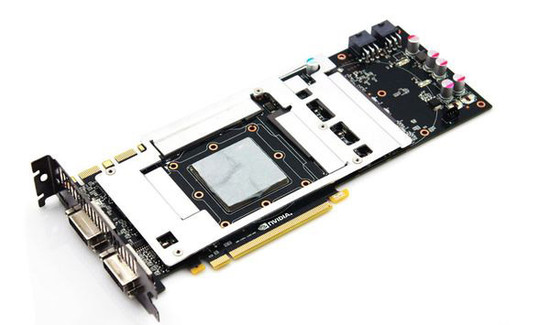