The AMD-exclusive partner HIS has released the graphics cards HD 6970 IceQ and IceQ Turbo 2GB that are in-house designs sporting AMD’s best GPU. Besides higher clock frequencies with the Turbo model the company has used the IceQ cooler for better cooling and less noise.

The new IceQ series from HIS should make many old ATI fans happy since the cooler uses the same old design as cards from previous generations. The case is see-through plastic where a heatsink and heatpipes are clearly shown and the fan called Black Hole Impeller moves air from both the front and back for better airflow. 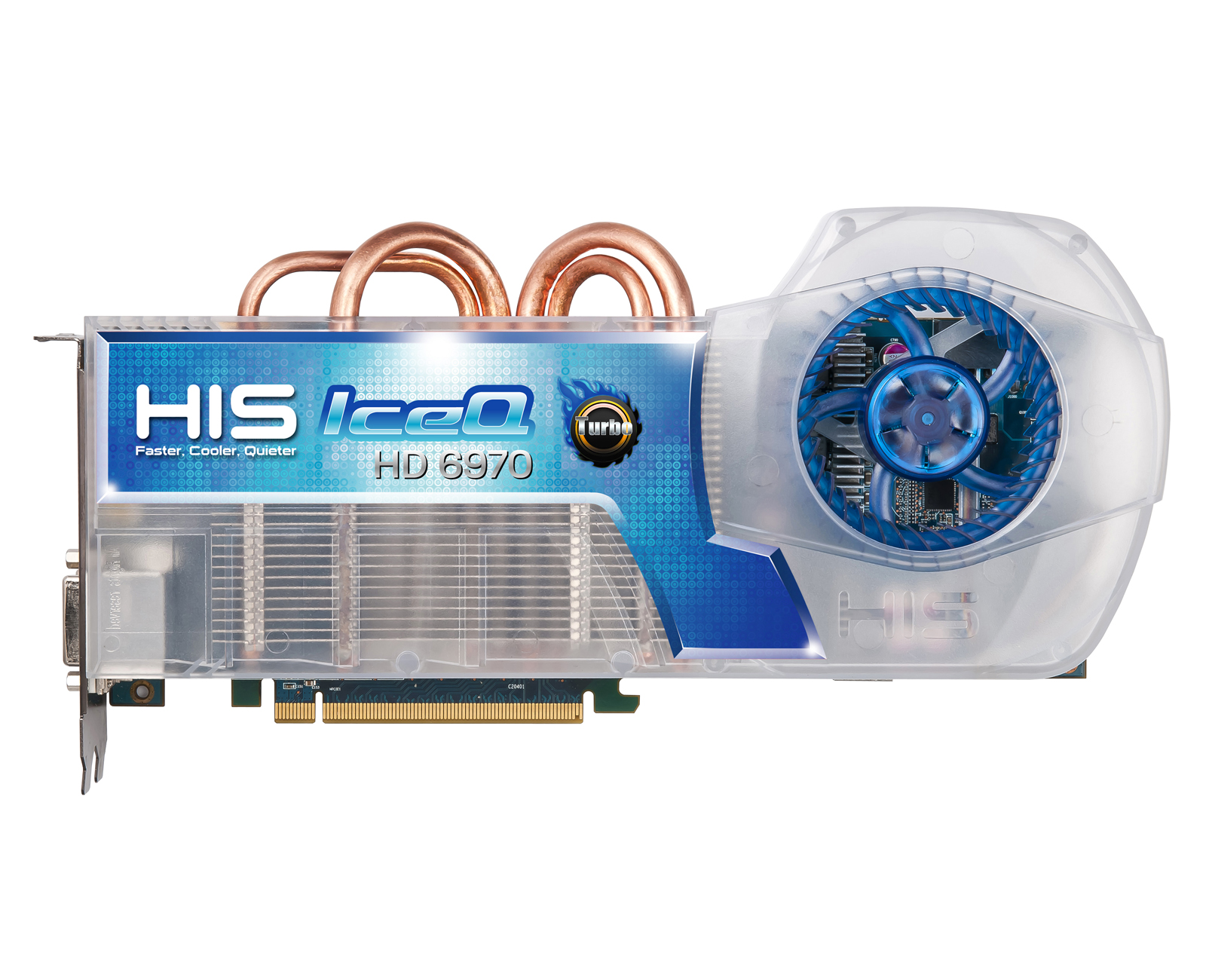 The cooler comes with 4 heatpipes and a heatsink from aluminum. Thanks to the case makes sure that most of the air comes out the back of the case and the cooler is according to HIS a lot more quiet and 23 degrees cooler than the reference from AMD. HIS HD 6970 IceQ 2GB comes clocked at 880 MHz GPU and 5500 MHz GDDR5 memory, while IceQ Turbo 2GB comes with a very mild overclock at 900 MHz and 5600 MHz.

The two new graphics cards should be in stores soon.