HIS launches HD 6970 with EyeFinity without active DP adapters

AMD’s Eyefinity technology is not that spread due to the high cost to the consumer. Besides the obvious of more screens, you also need expensive active DisplayPort adapters if the monitors doesn’t have DisplayPort. HIS makes it possible to run EyeFinity with three monitors over HDMI, without active adapters.

A problem many may not consider when getting an EyeFinity configuration is that beside the monitors you need to make additional purchases. Most monitors don’t have DisplayPort, and require an active DisplayPort adapter from graphics card to screen. These adaters are expensive. 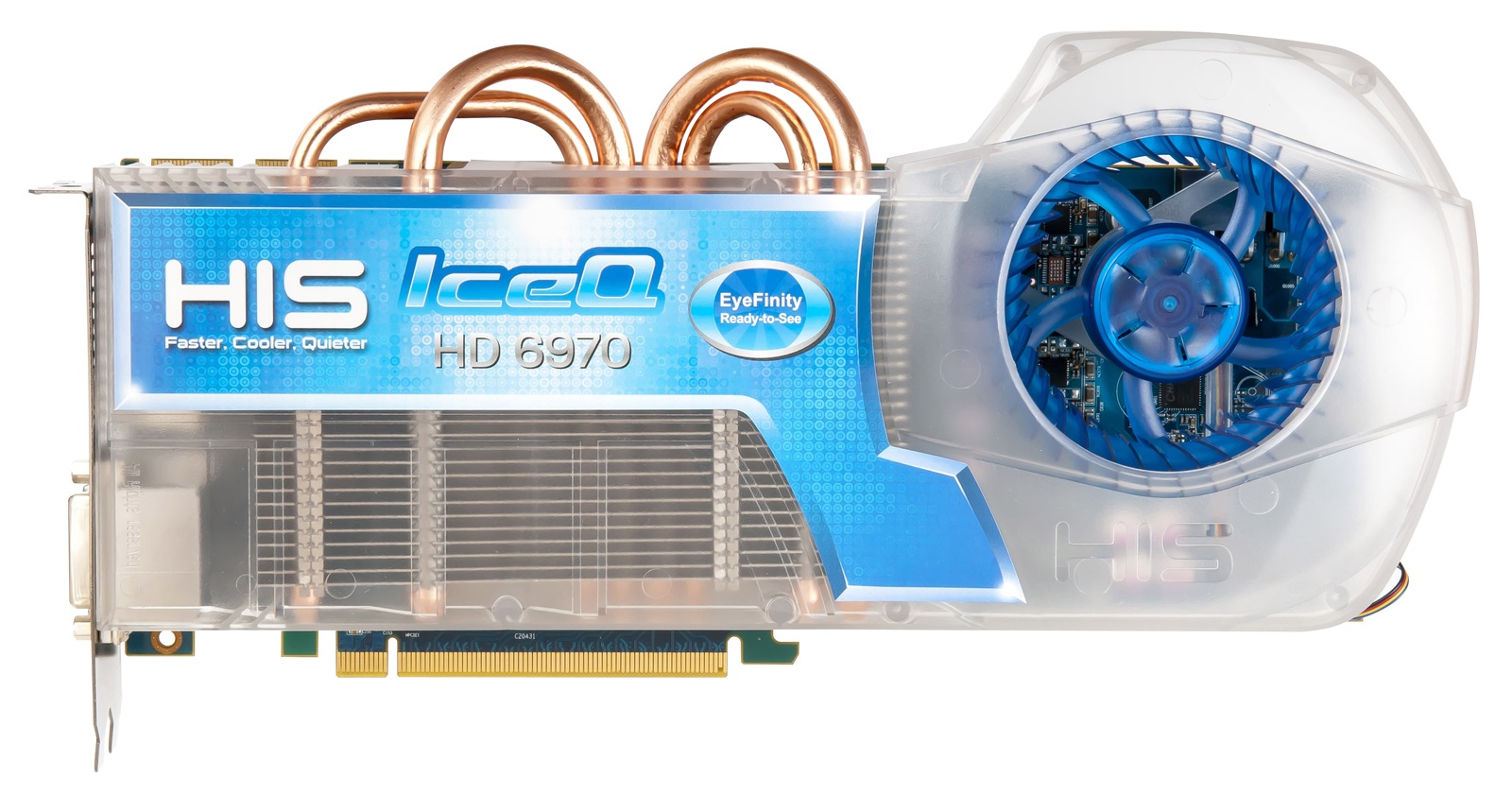 HIS has launched its new HD 6970 IceQ Eyefinity RTS (Ready-to-see) 2GB. This graphics card will make it possible to run EyeFinity wth up to three monitors with HDMI, without requiring active DisplayPort adapters or that the monitors  comes with DisplayPort inputs. Since the card only has one HDMI output you will still need adapters, but not the expensive kind. With dropping monitor prices, active DisplayPort adapters can become a substantial part of the Eyefinity investment. 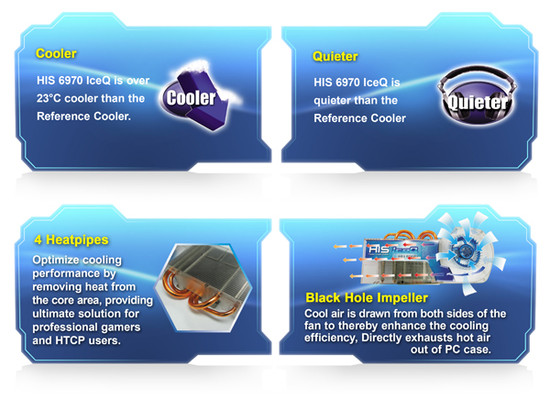 The regular specifications include a GPU clocked at 880 MHz, and 2 GB GDDR5 memory at 5500 MHz with 256-bit memory bus. The cooler has four heatpipes, larger fan and better airflow than the reference from AMD. This will result in up to 23 degrees lower temperatures, while also producing less noise.

HIS HD 6970 IceQ Eyefinity RTS 2GB will be in stores shortly, and the price should be on the level with other HD 6970 from the company.