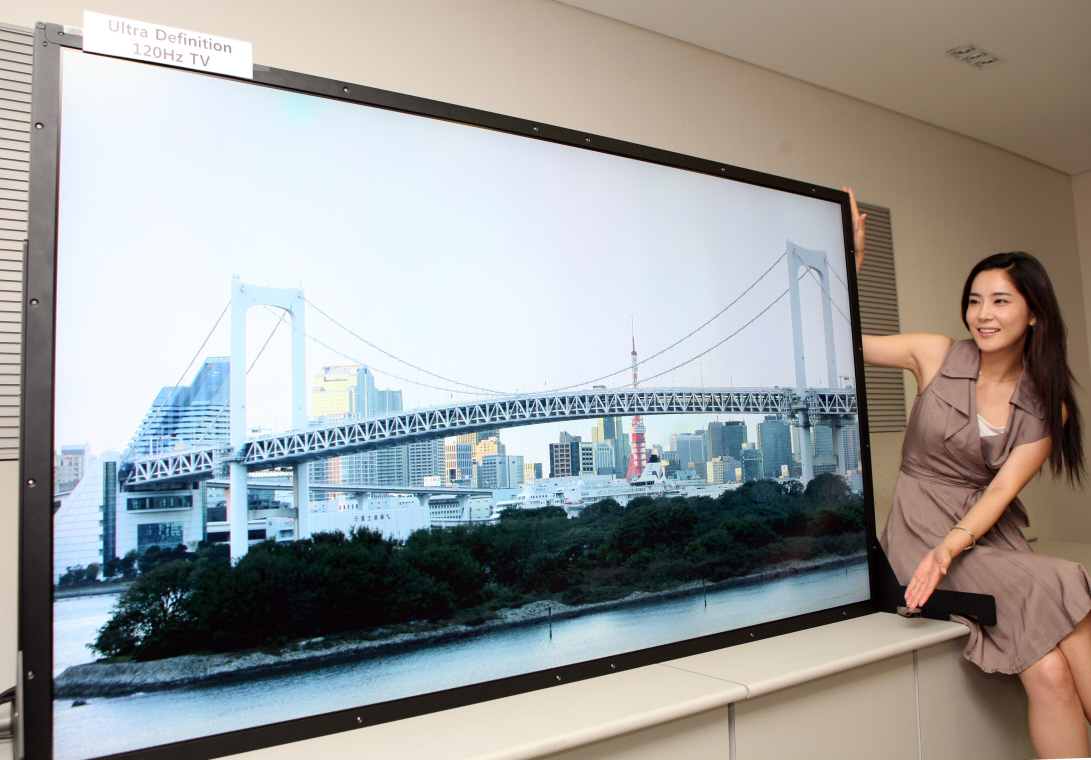 The extremely high resolution Quad-Full HD monitors was one of the biggest attractions back at CES. Already in January 2013 the next video standard will be set and the new H.265 standard will support the extreme Ultra-HD resolution.

Ultra High Definition is also known as ultraHD-8K and has a maximal resolution at mighty 7680 x 4320 pixels. This is resolution that adds up to 33.2 megapixel video information per frame and contains about the same amount of data as an IMAX production. An 8K resolution equals sixteen(!) 1080p TV screens and the demonstrations have mainly been by Japanese NHK Science & Technology Research Laboratories, which is behind the Ultra HD format.

NHK is still working on making the extremely high resolution format part of the next video standard, but it is not just higher bandwidth and better image quality that is high up on the list. During the latest streaming tests that was done with the H.265 codec revealed up to 35-40% more efficient compression than the H.264 codec, but also that it can do up to 67% better than current solutions.

Whether Ultra HD will find its way into H.265 we should get clearance in January 2013 when the next standard will be set. The first 4K monitors that impressed us with their 3 804 x 2 160 resolution is almost starting to feel a bit weak.