Memory maker G.Skill has proved on many occasions that it is capable of building really fast memory modules. It has now announced the world’s fastest DDR3 memories, at least considering the factory specifications. G.Skill has introduced a new dual-channel kit of the Trident series rated at DDR3-2500, which is more than 1000MHz more than most standard memories on the market.

According to the company the memories will be capable of 2500MHz clock frequency at only 1.65V on Intel’s P55 platform. It doesn’t reveal the circuit type found under the black and red heatsinks, but G.Skill must have been very picky when selecting them.

They are slated to appear in the near future and we don’t even dare to ask the price. 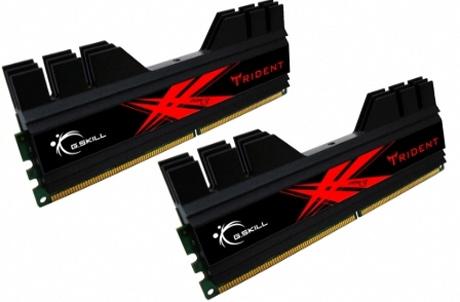