Gigabyte Z68X-UD7-B3 looks to become one of the first with Intel’s new Sandy Bridge chipset Z68. The board have already been sighted in Asia and more and more are being listed around Europe. At the same time we hear that Gigabyte has skipped Intel P67 and will focus on Z68 for performance users.

Intel Z68 is the third retail chipset from Intel for the Sugar Bay platform and Sandy Bridge processors. Intel has a variety of chipsets to offer in the 6 series, but focus mainly on Intel H67 and Intel P67. With Intel Z68 users expect to get the best of both worlds with support for Intel’s integrated graphics (H67) and overclocking through multipliers (P67). Intel Z68 also supports SSD caching to weave together smaller SSD units with large mechanical drives seamlessly.

The official launch of Intel Z68 will happen on May 8th and motherboard manufacturers are standing ready to launch the chipset most have been waiting for since the launch of Sandy Bridge back in January.

The world’s second biggest motherboard company Gigabyte will be completely focused on the new chipset and already has three models listed locally. The motherboards are based on Intel Z68 and can be found in the price range 170-290€. We’ve also sighted a model from ASUS, but more should come in the coming weeks. Gigabyte’s top model Z68X-UD7-B3 can already be found in stock in Asia where we also get the first retail shots of the new boards. The board comes with a big price tag near 300€, but then you get a board crammed with features; 24-phase power supply, Hybrid UEFI BIOS, 10 SATA ports, loads of USB 3.0 ports and 3-way SLI and CrossFireX. 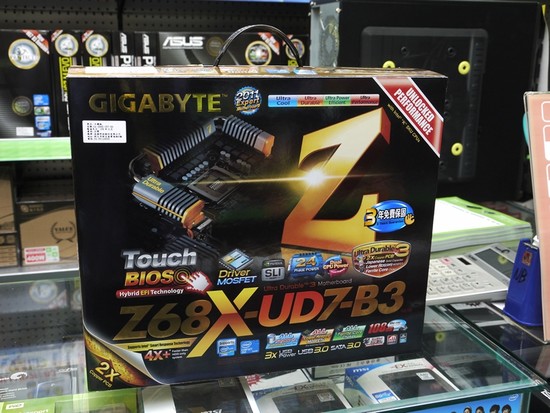 Gigabyte is also rumored to drop the Intel P67 completely. According to unconfirmed rumors the comany has already seen the last P67 boards leave the factory and there will be no new ones, instead all of the attentino goes to Intel Z68. From a consumer perspective this feels both natural and sensible considering Intel P67 has nothing to offer that Intel Z68 can’t.

Even if Intel is said to set low prices for Intel Z68, Intel P67 should be even cheaper for a unforeseeable future. This could if rumors are true make it hard for Gigabyte to stand up in a price way with ASUS, MSI and others. From a consumer potin of view we can only praise Gigabyte, when Intel Z68 appears we will have no real reason to recommend Intel P67 and global retirement feels natural.

We will continue to dig into Intel’s new platform, but until then we have some additional pictures from Asia to offer you, where boards are sold in shops. 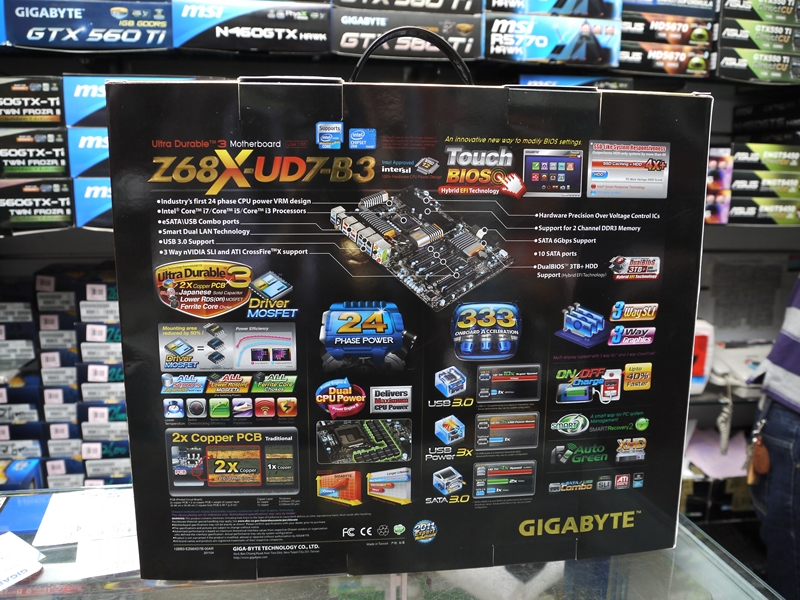 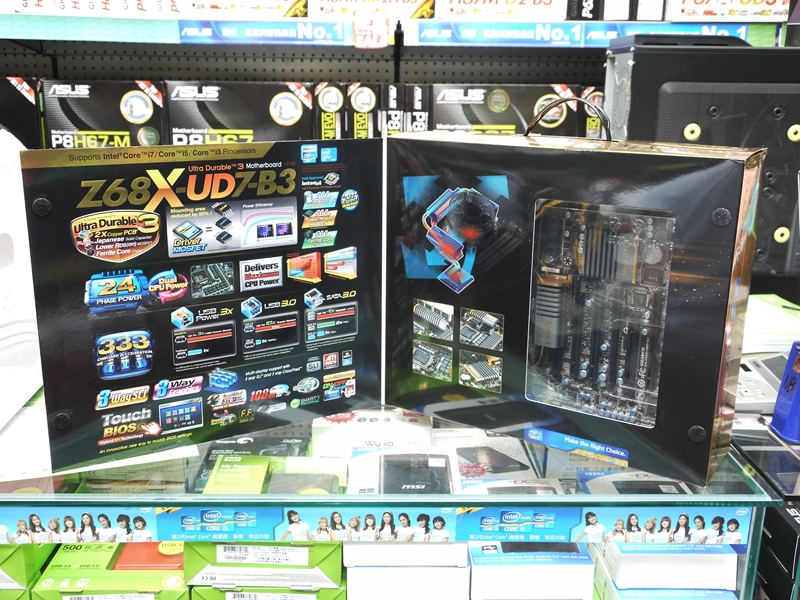