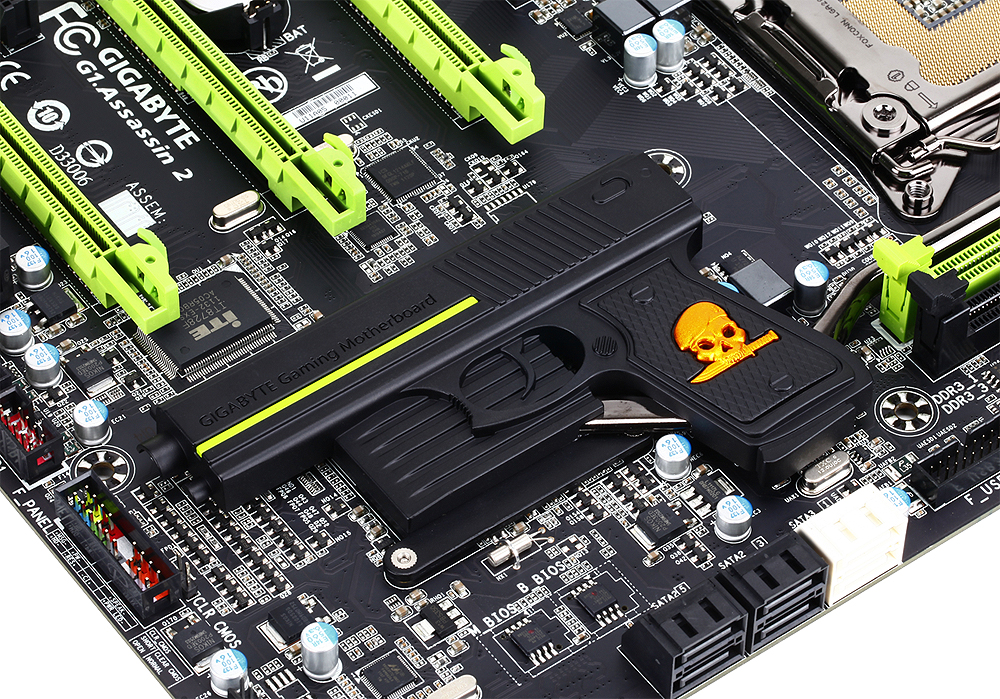 We can today offer a preview of Gigabyte’s coming board geared toward enthusiasts and gamers. G1.Assassin 2 will support Intel Sandy Bridge-E that has appeared in stores here and there. Besides a decorated motherboard; a skull a gun and overall aggressive look, it has Killer 2100 NIC and Creative sound card.

Sandy Bridge-E Core i7-3930K and Core i7-3960X have both been listed in stores here, and with that more information on the new platform and socket is leaking out. Gigabyte has shared pictures of the coming Gigabyte G1.Assassin 2 sporting the X79 ”Patsburg” chipset and LGA2011 socket.

Gigabyte G1.Assassin 2 comes with the same trigger happy design as previously for the VRM section, while the chiposet has something new. The cooling has been design to look like a gun and comes with an orange/gold-painted skull. Maybe not the most attractive in our oppinion, but we know some people who might find it appealing. We’re also seeing it comes with only four DIMM-slots, compared to eight which all other high-end boards will be equipped with. 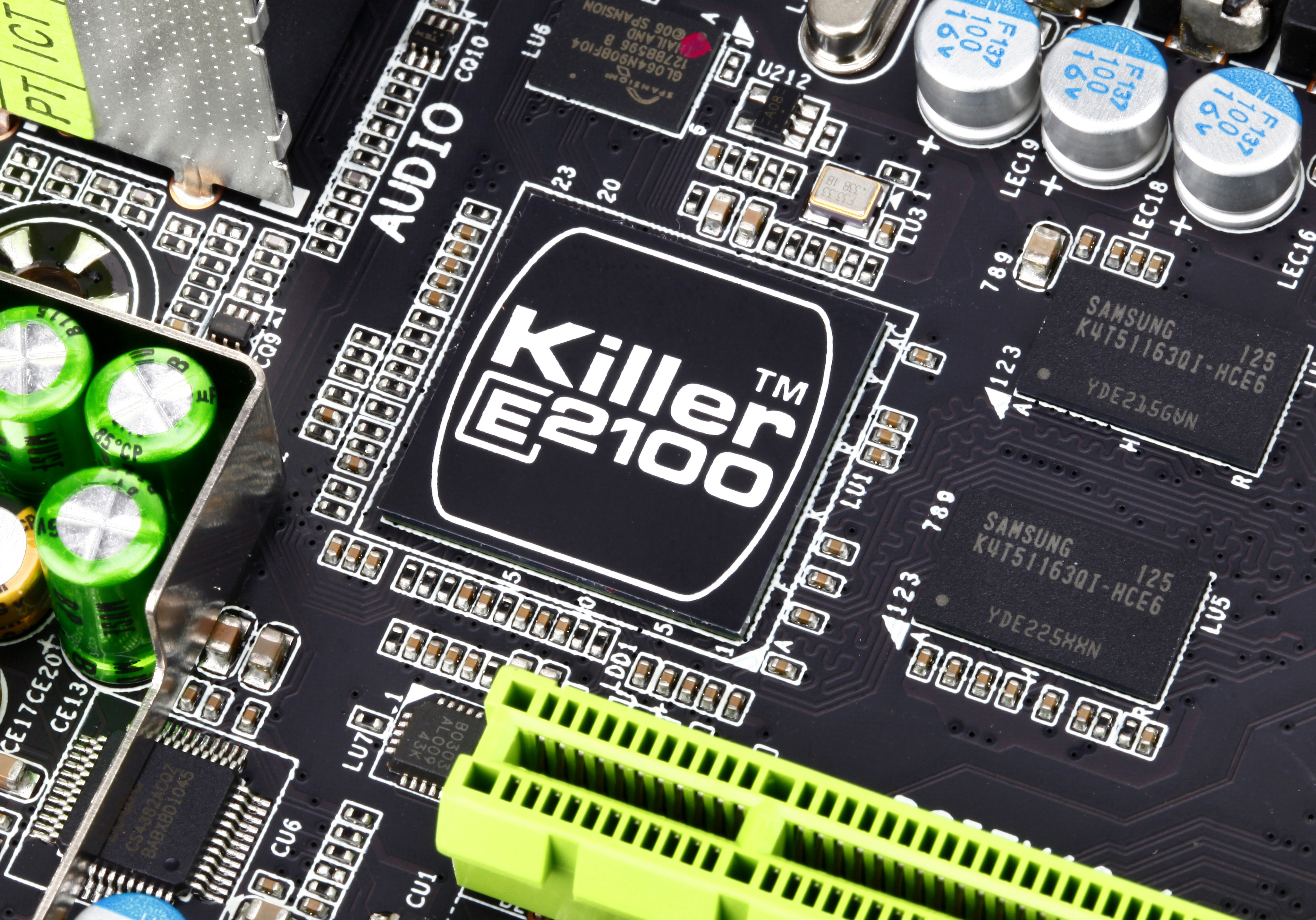 The motherboard comes with the well known Bigfoot Networks Killer E2100 Gamin NIC for the network that gets 128 MB dedicated RAM. It is based on the network card Killer 2100, that will offer more stable connection with lower delays, which is important when gaming. 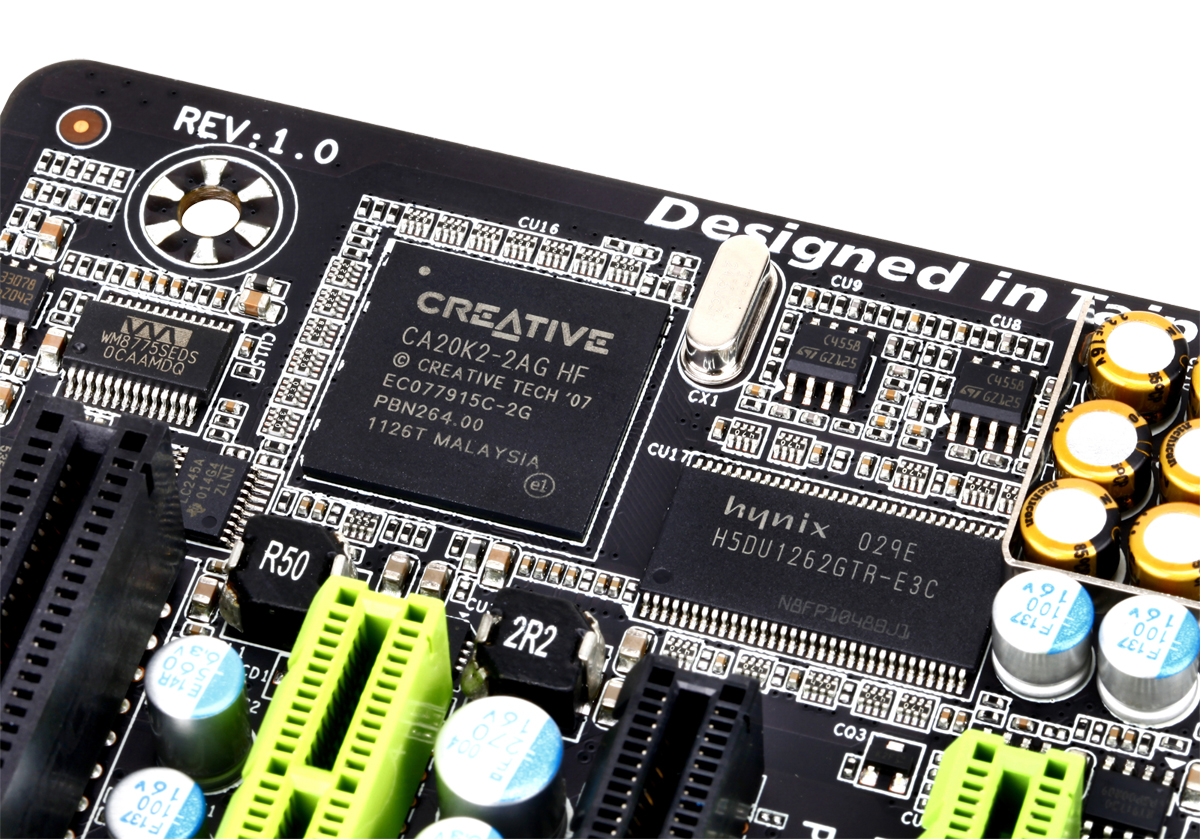 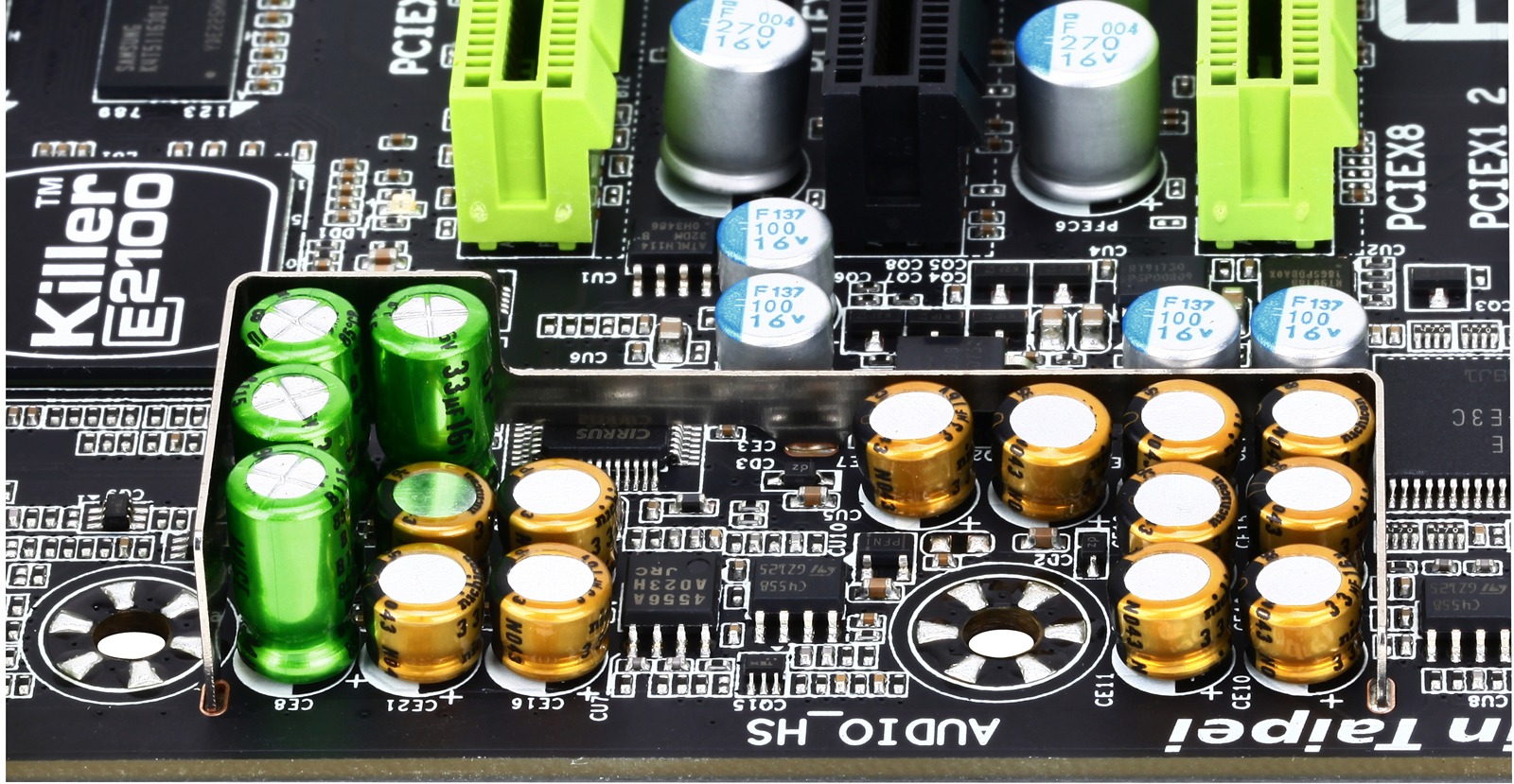 Last we also have an integrated sound card, Creative Sound Blaster X-Fi with 128 MB dedicated memory. It has taken things one step further and given the processor dedicated capacitors for better sound quality. It can probably not measur eup to the more expensive sound cards on the market, but hopefully be better than the regular Realtek circuits found on most motherboards.

Besides the lucrative details and components the motherboards has a black and green scheme. Gigabyte says that it will sport UEFI, which is big news since it has been one of the companies that has taken the longest to implement this. The motherboard is expected to launch with Intel Sandy Bridge-E and Core i7-3000 series. We have no price information to share, but we expect it to become one of the more expensive. 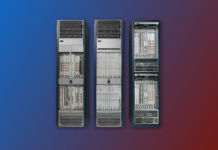