Gigabyte is the second largest motherboard maker in the world, but it has not been very successful in switching from the traditional BIOS interface to UEFI, and its 3D BIOS has been harshly criticized. With Haswell and the new 8 series of motherboards it will try to reclaim honor through the clean DualBIOS.

Gigabyte went for a 3D inspired interface for its first UEFI and even if the idea was to some extent well meaning the result was not what we had expected. 3D BIOS suffered from some major teething problems and even if updates have improved Gigabyte’s software substantially there are still much nicer interfaces on the market.

When Gigabyte gears up for the launch of the new 8 series of motherboards for Intel’s Haswell processors and the LGA1150 socket; one of the most uplifting news is a whole new UEFI. Gigabyte has decided to call the interface DualBIOS and now that the company has shared a screenshot from the interface you can see some big improvements coming. 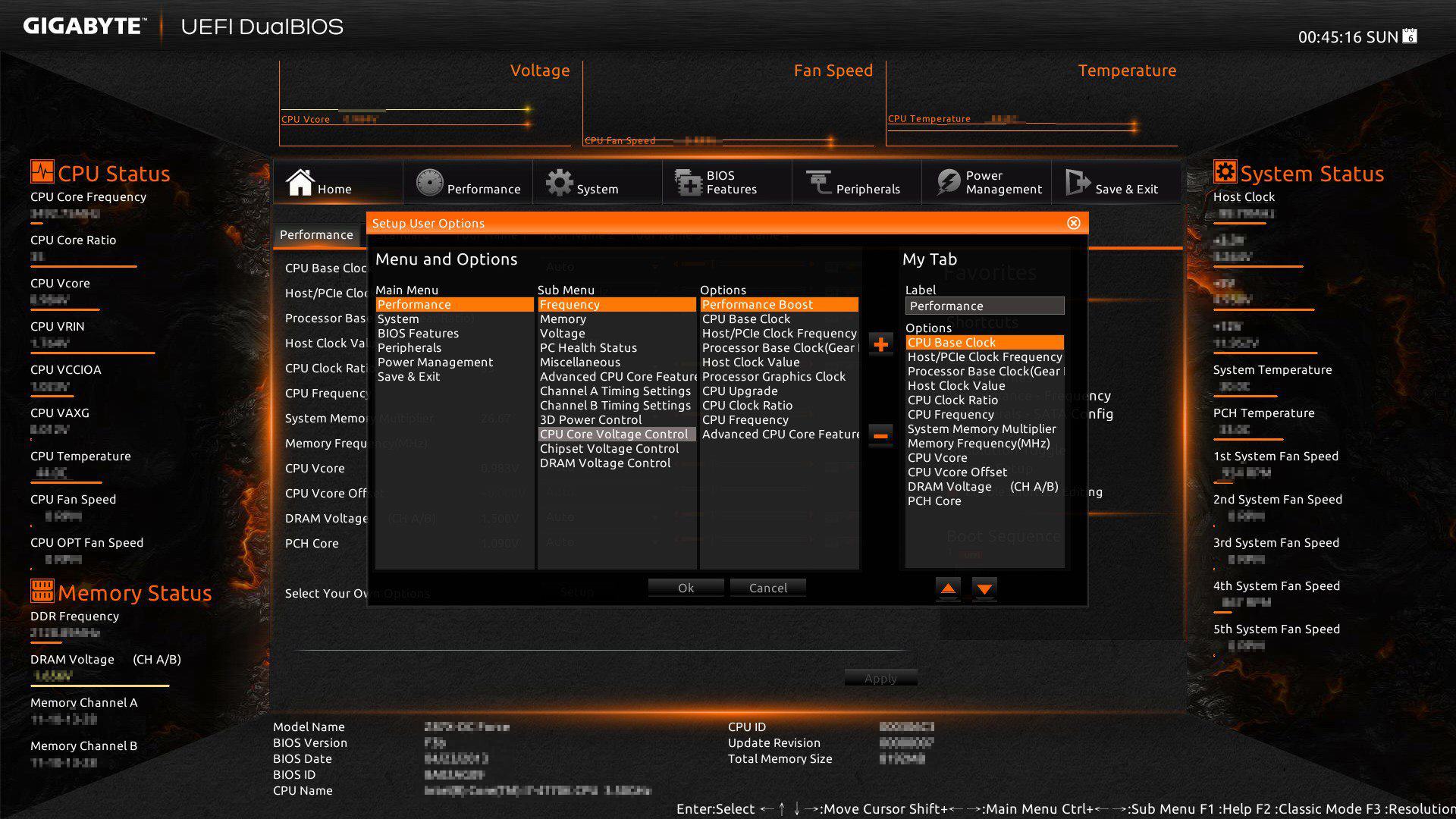 Gigabyte DualBIOS is a lot cleaner than 3D BIOS and besides being more focused on making a lot of settings more easily accessible the resolution of the screen shot is 1,920 x 1,080 pixels. DualBIOS not only supports the higher resolution, but is also optimized to be shown at a higher resolution with more information available on the screen and high resolution graphics. The color theme varies depending on the model; orange for enthusiast, yellow for overclockers and green for gamers.

As you can see on the picture above the user can also build its own menus with buttons you want to use for quick access to different parts of the interface, one of the news in UEFI over the older BIOS.

We have also seen pictures from the new Windows application Easytune that shows that Gigabyte will be applying the new and cleaner design theme to all applications. 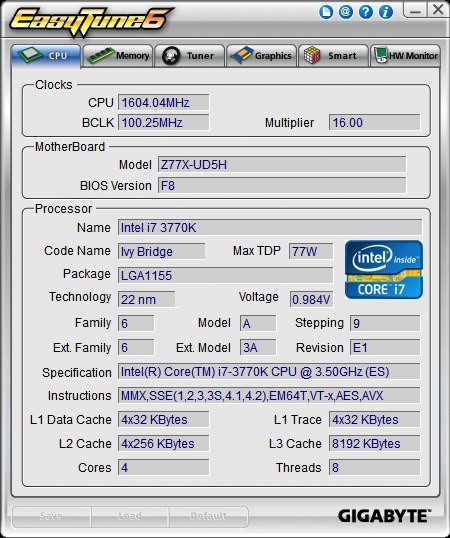 If there is anything that makes us uncertain it is the amount of information that is presented at the same time. Gigabyte did not want to comment on if there will be a slimmer interface more suitable for the average Joe, but we would like to think there will be.

If Gigabyte can straighten out the performance issues that plagued 3D BIOS the 8 series software could be a big lift for the motherboard models that will reach stores next month together with Intel’s Haswell processors.