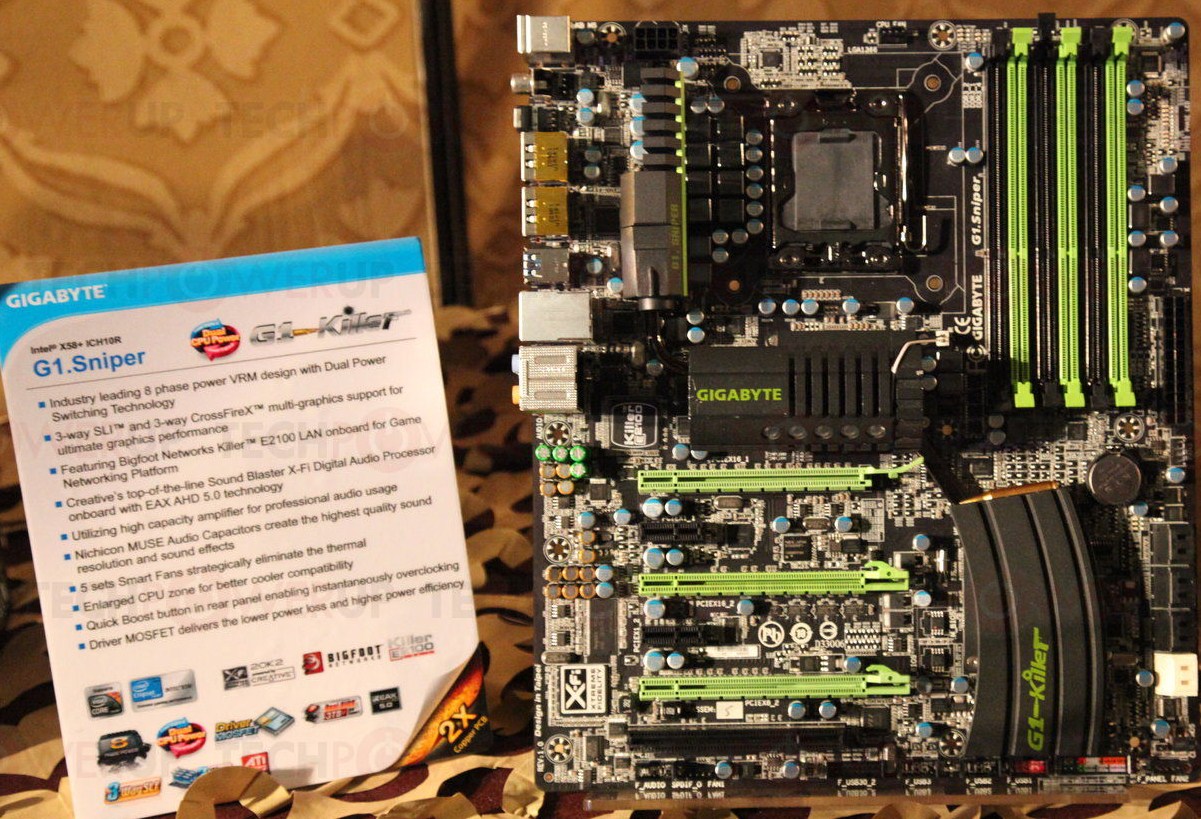 Component maker Gigabyte has launched the new series of gaming motherboards. With the name ”Killer” there is no doubt who it is aiming for and those still doubting can just look at the new boards, but beside the new aggressive exterior there are plenty of functions with these LGA1366 motherboards.

Gigabyte has, in our opinion, somewhat unexpected used Intel’s enthusiast platform LGA1366. With all-fresh Sandy Bridge out launched with impressive perfrmance in games, even compared to the top models of the LGA1366 platform, we’re guessing Gigabyte is missing out on some quantity sales, but those who are looking for the most powerful hardware around Intel X58 is still the King of the Hill.

Gigabyte’s G1.Killer series consists of three models to begin with; Assassin, Sniper and Guerilla. All three use the Intel X58 chipset with bundled ICH10R southbridge and a common set of features, but are different in their physical appearance and the amount of features. 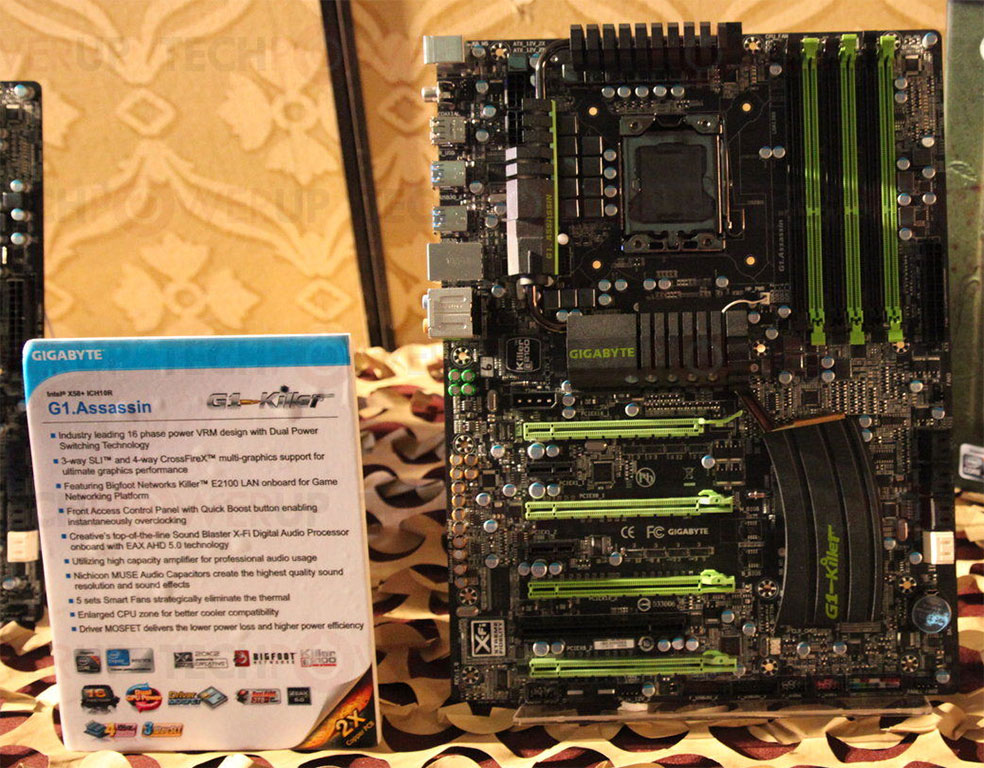 The flagship Gigabyte G1.Assassin is a monster with its XL-ATX format that will only fit in a handul of cases. Among the functions that is shared by all three Killer boards we find a X-Fi sound processor from Creative and Bigfoot Network’s dedicated LAN processor E2100 for best possible ping and online gaming experience. 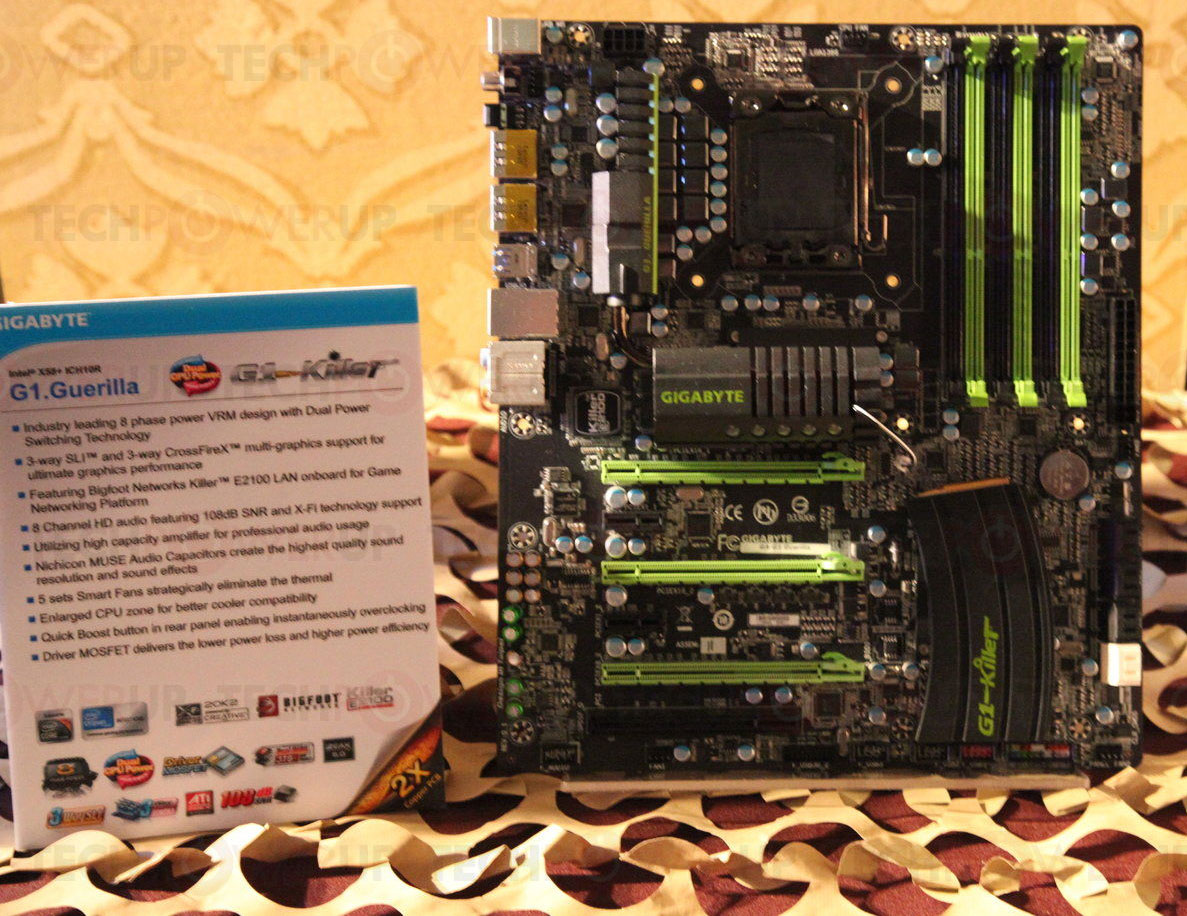 Gigabyte G1.Assassin has with its five PCIe x16 slots support for CrossFireX and 4-way SLI, while the siblings G1.Sniper and G1.Guerrilla settles for three PCIe x16 slots, and CrossFire and SLI.

All three motherboards comes with two SATA 6.0 Gbsp ports and a bunch of USB 3.0 outputs. Sniper and Guerilla four each while Assassin gets eight USB 3.0 ports.

Other things that makes the boards stand out is the weapon-inspired cooling shaped like a rifle round magazine. When Gigabyte’s new monster board for the LGA1366 platform will appear in stores is still unknown.