Gigabyte has one of the first GeForce GTX 465 that is not simply a Nvidia reference card with a new sticker. We have the card and our cooling editor Emil Wadell has taken it for a spin.

GeForce GTX 465 isn’t supported by any of the most common overclocking applications, but Emil still managed to oveclock the card a well bit over the stock frequencies in the first bench session.

Together with an Intel Core i5 750 CPU clocked at 4.2 GHz  he scored a 3DMark06 result of 25,451 points, but more will comes since there are greater plans for this poor graphics card. More information on the overclocking will come as the story onctinues in the Swedish forum. 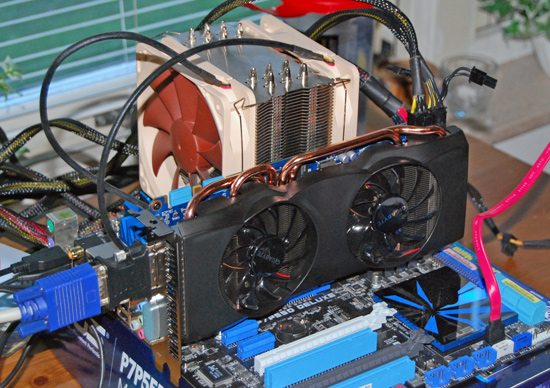