Gigabyte GA-X58A-UD9 in the nude and in color

Gigabyte GA-X58A-UD9 is supposed to be the motherboard to match ASUS Rampage III Extreme and the first overclocking attempts have shown good potential. Gigabyte has passed on the board to chosen overclockers, but details and pictures have been few. We have acquired a picture of the motherboard that shows both layout and functionality.

Gigabyte GA-X58A-UD9 has already shown potential and it comes as no surprise when you look at the construction of the board. With 24 big phases and dual 8-pin power connectors there is plenty of juice even at extreme frequencies. 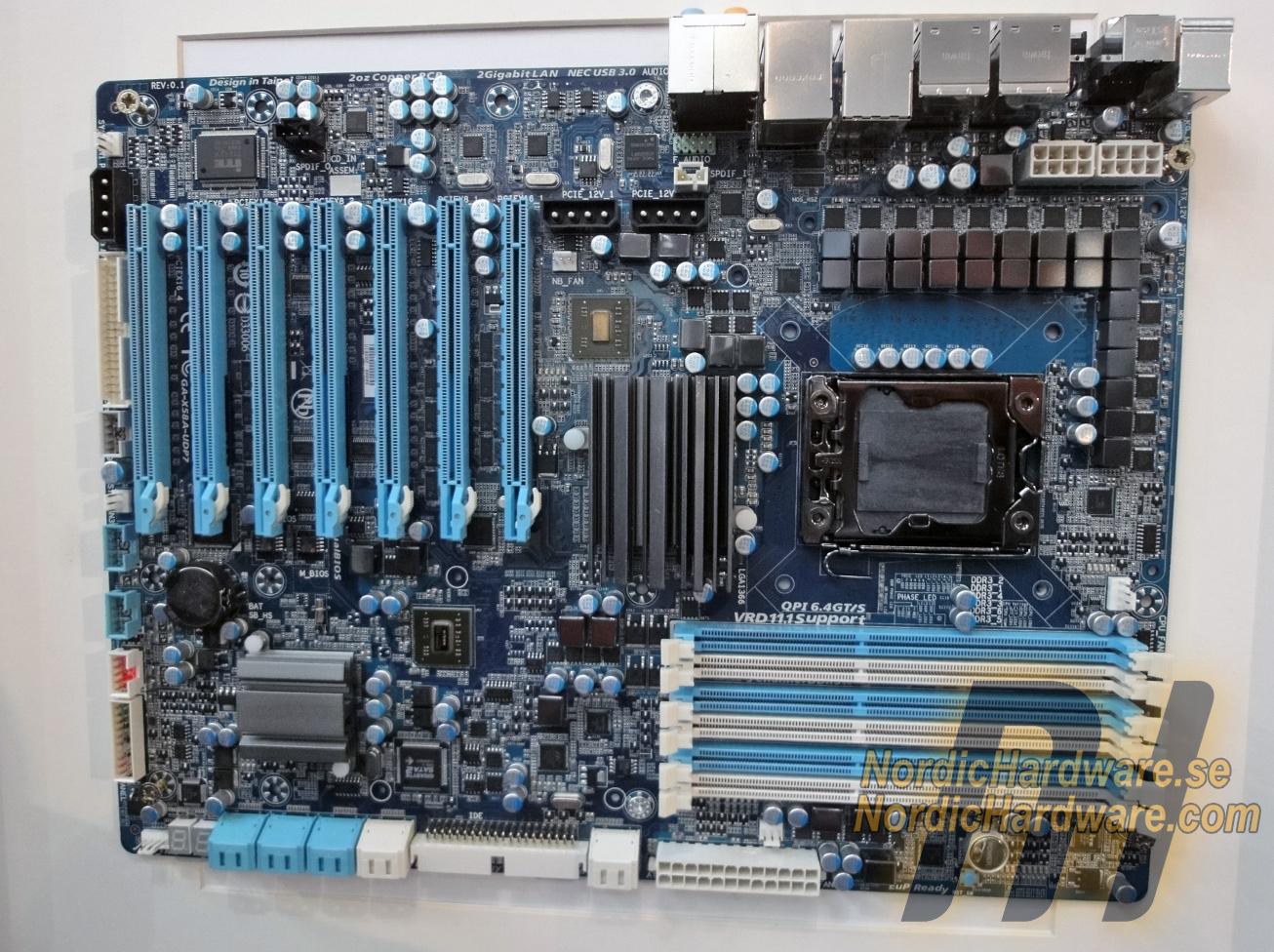 The motherboard has no less than seven PCI-Express x16 slots for some mindblowing graphics card installations, where both CrossFireX and Quad-SLI are supported. Through two nForce 200 bridge chips the motherboard sports 16 PCIe full lanes for four graphics cards, which is really out of the ordinary and should result in a slight advantage when hunting those finals points.

Gigabyte hasn’t left anything out with the new UD9. Other functions include SATA 6.0 Gbps, USB 3.0, FireWire, 8+2 channel audio circuit and dual Gigabit Ethernet ports. According to reliable sources the board will become available in May. The price is yet to be revealed.

Thanks to Expreview we also have a picture of the cooler, although in black and white. 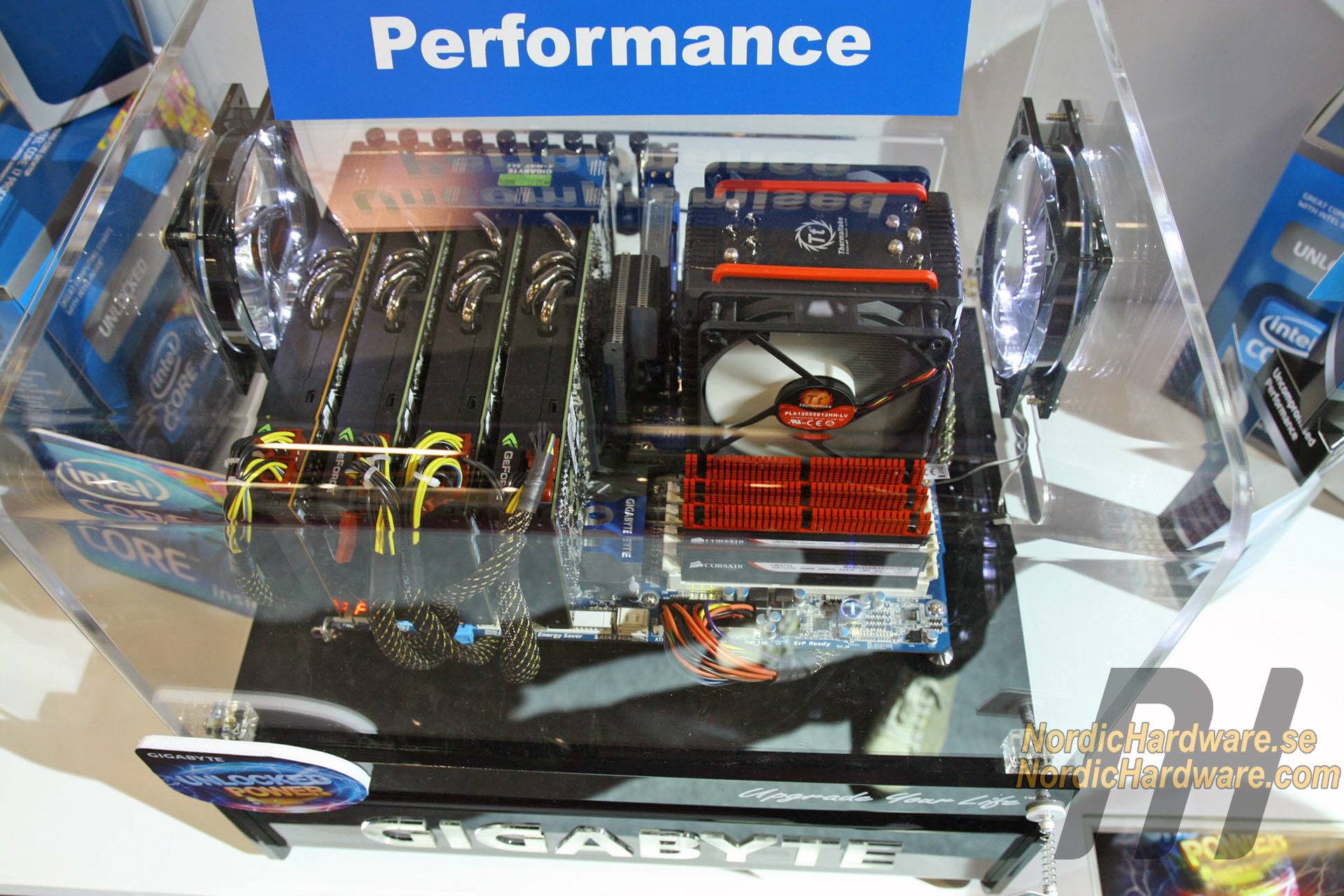