Beside its broad assortment of Sandy Bridge motherboards Gigabyte has a new series coming of Socket LGA-1366. The series has been named G1-Killer and focuses on gamers with big functions and performance. Now that it has released a censored image it reveal the chipset cooler with a striking design.

Gigabyte keeps the informationen on the new motherboard series locked down and continues to release teasiers where it now focuses on the cooling. Somewhat unexpected the board uses Intel’s X58 chipset and according to the background image the company published on its website the cooler will have a unique design. 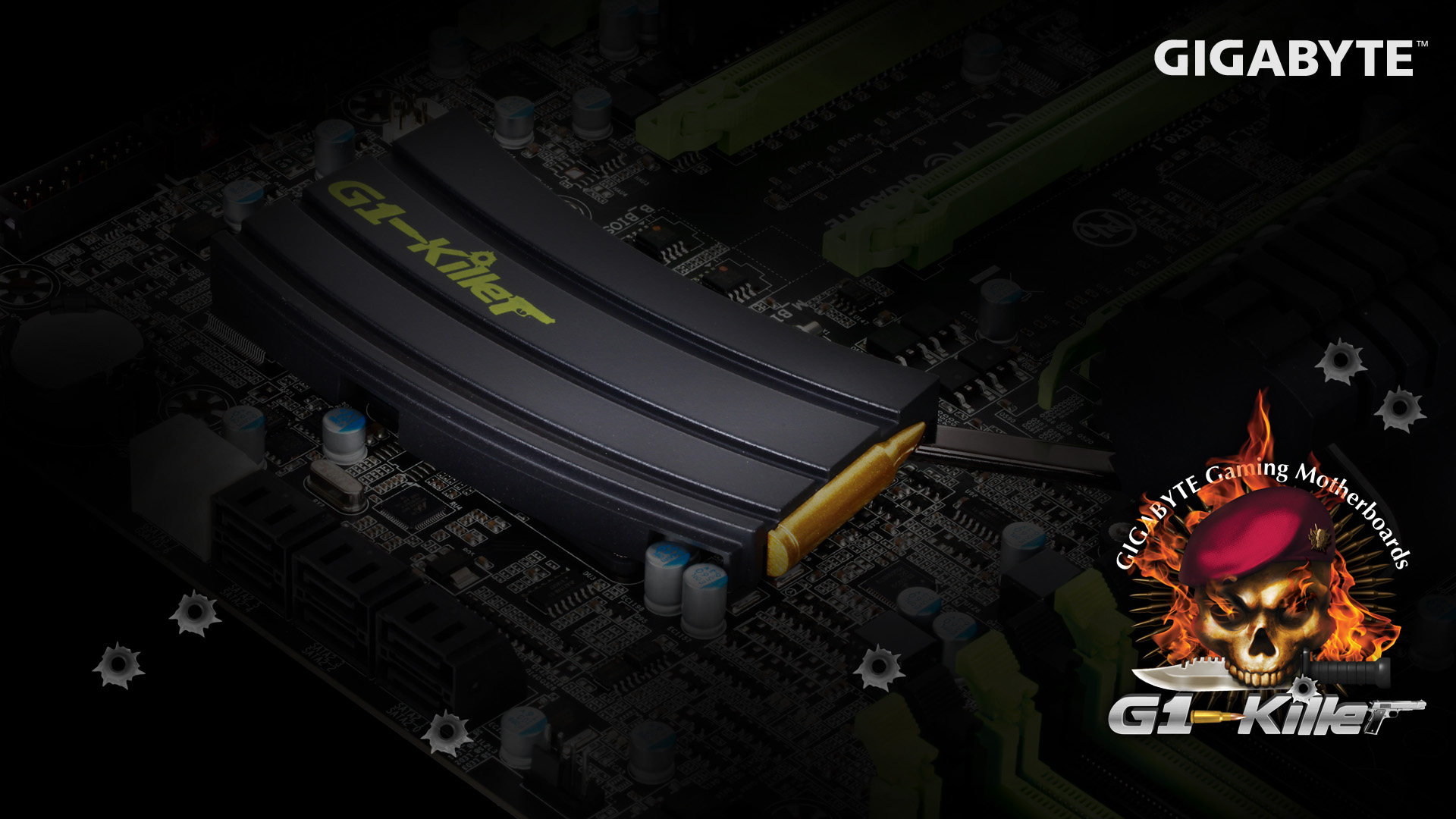 The image shows how the heatsink looks like a magazine, and connects to the northbridge heatsink through a heatpipe. How efficient this setup really is we don’t know, but Gigabyte doesn’t seem to hold anything back when trying to niche this product for the FPS gamer. 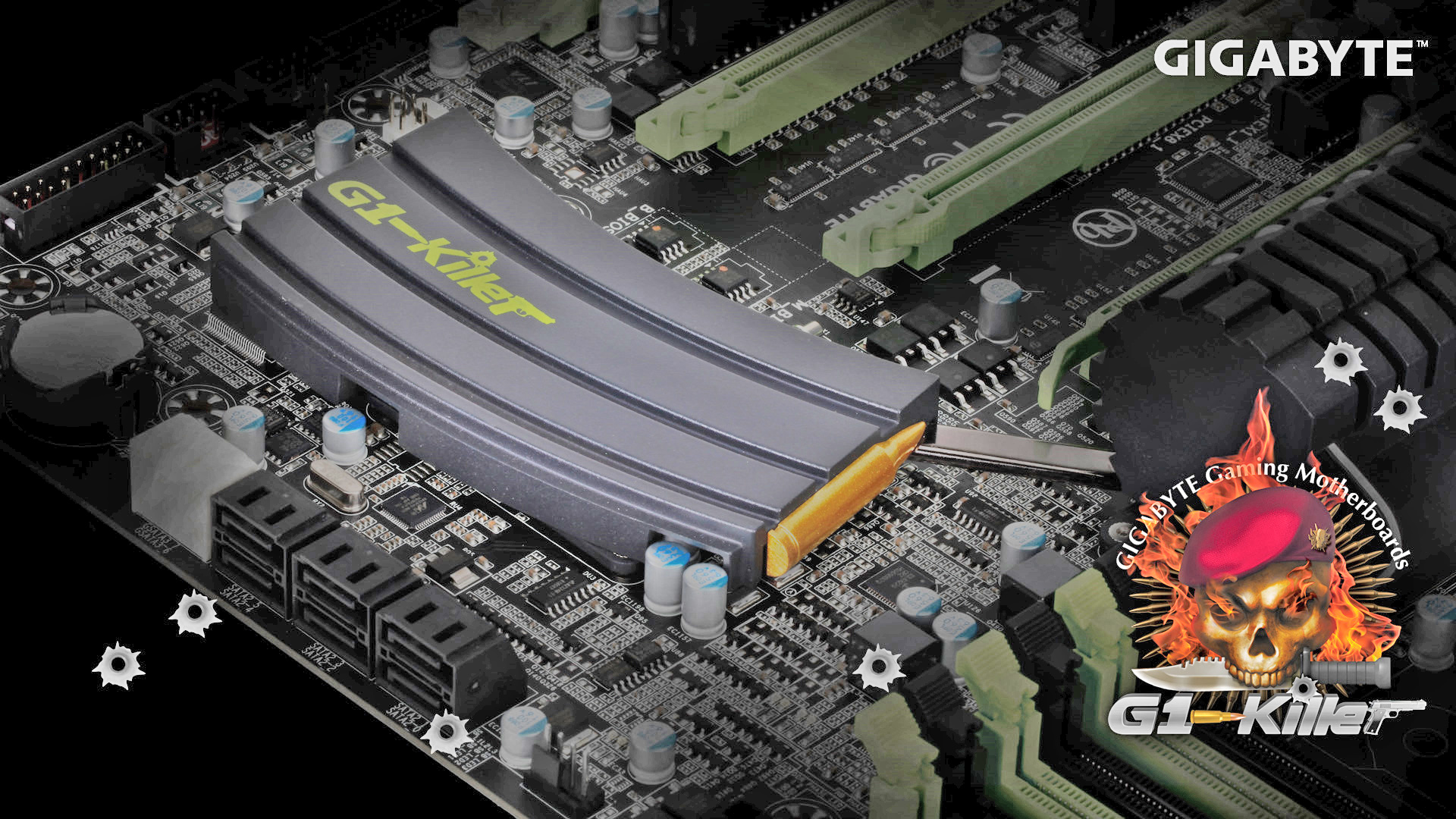 If we manipulate the picture a bit and remove the shadow effects we we also see the larger heatsink on the northbridge, four PCIe x16 slots and six DDR3 memory slots. We can also identify two SATA 6.0 Gbps ports and six regular SATA 3.0 Gbps ports. The series will be presented at CES 2011 in January and the price will be around 300€.