Nvidia is expected to launch a new mid-range model in the middle of August. GeForce GTX 660 Ti will replace the popular GeForce GTX 560 Ti and according to leaked specifications it will be a relatively powerful card. Pictures of an EVGA cooler has now appeared.

EVGA is one of Nvidia’s closest partners and the company has come a long way in the development of a new mid-range model. Chinese Expreview has found pictures of EVGA GeForce GTX 660 Ti where it looks closer at the full cover cooler. According to these pictures it looks like a similar solution as the popular GeForce GTX 670. 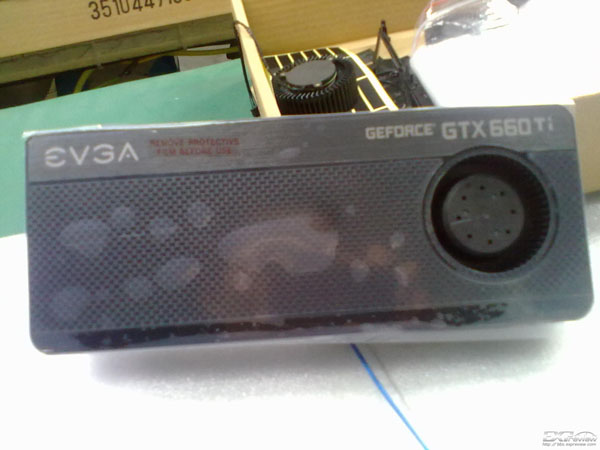 The big cooler sports a single radial fan that blows through an aluminum heatsink on top of the GPU, but with a solid copper base. The cooler uses steam chamber technology, which is now standard with Nvidia’s latest graphics card coolers.

GeForce GTX 660 Ti will of course build on Nvidia’s latest Kepler architecture and will according to the report at Expreview get specifications similar to the performance card GeForce GTX 670.

Nvidia is said to be preparing several new launches in the Kepler family, and soon end the manufacturing of budget and mid-range cards GeForce GTX 550 and GTX 560, in favor of new launches in August/September with GeForce GTX 650 and recently detailed GTX 660 Ti.