NVIDIA has released the new mid-range card GeForce GTX 550 Ti. The card builds on the GF116 GPU has some odd design solutions and offers a good upgrade over the precursor GeForce GTS 450, but against competing products from AMD the price will be a problem.

NVIDIA has, just like the launch of GeForce GTS 450, been very quiet and shipped no samples to the media. Partners will have to supply samples and the perhaps most exciting is that the card has an uneven memory bus with an even memory buffer. 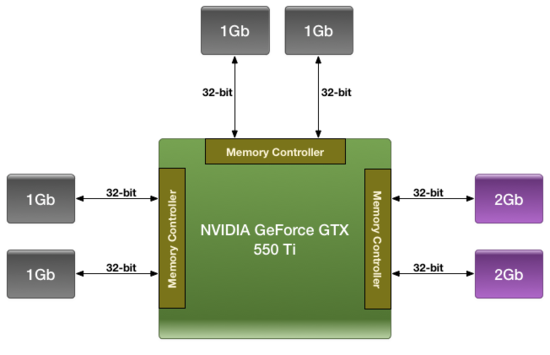 NVIDIA realized this was a bit weak and decided to give the card an asyncron memory distribution where one of the memory controllers have twice as high capacity. This requires optimizations in how the GPU communicates with the memory since it can’t distribute data evenly across the memory circuits. NVIDIA’s own CUDA environment isn’t capable of this today. 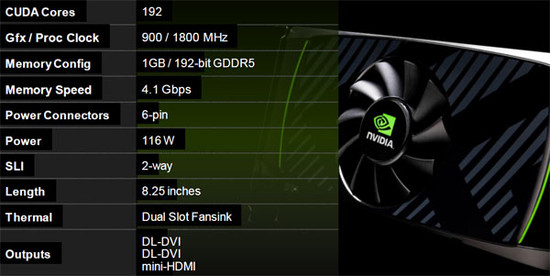 GeForce GTX 550 Ti looks to land between GeForce GTS 450 and GTX 460 1GB in performance, while the competing Radeon HD 6850 is overall faster and more affordable. The good thing is that GF116 GPU looks like a good overclocker where several partners have plans for models at 1 GHz GPU frequency.

The the right price GeForce GTX 550 Ti can claim its own, but right now it is not hitting the sweetspot with prices around $150.

Below are some of the reviews published earlier;