It is getting near for AMD’s delayed Bulldozer architecture that will start shipping next month. Gateway has listed a number of Opteron models based on Bulldozer and as expected we see models with 8, 12 and 16 cores. The clock frequencies are between 2.1 GHz and 3.0 GHz.

It looks like the launch of Bulldozer for both servers and retail is finally happening and we are finding more and more information. Gateway, owned by Acer, has released its updated 2U rack systems with Dual-Socket configuration and reveal no less than four new Opteron models in the 62xx series based on AMD Bulldozer. 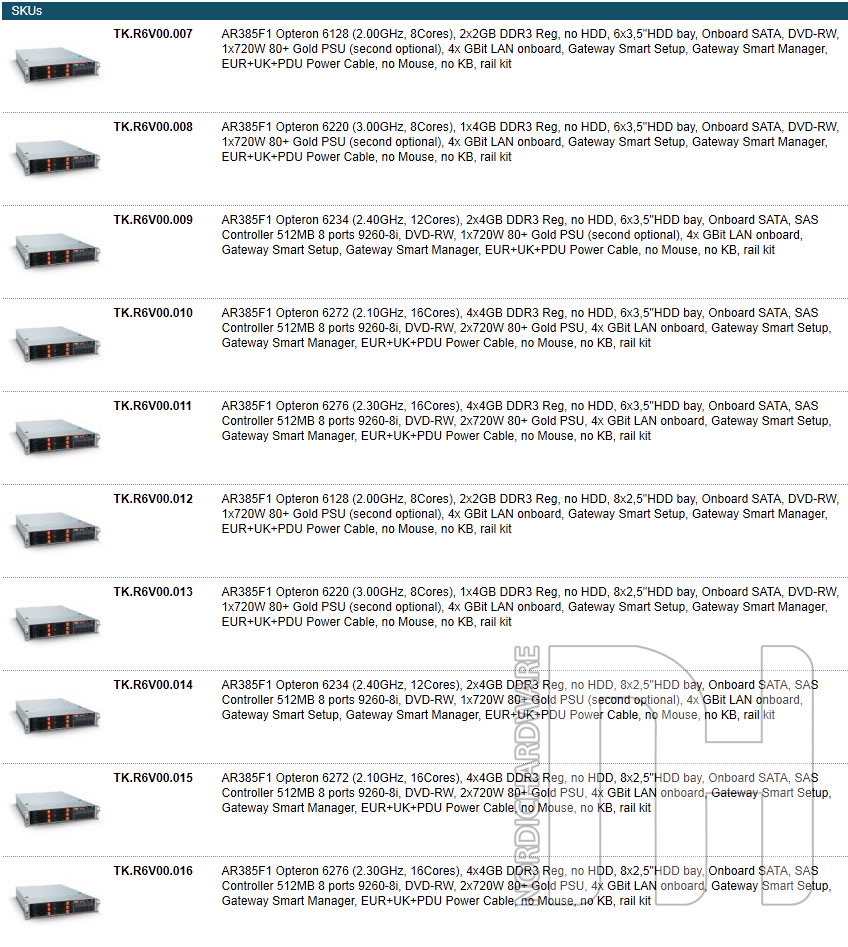 All processors is called ”Interlagos”, which means they have two separate dies in MCM configuration. The advantage with this is it can fit more cores into the chip, while the memory channels can cooperate for ”Quad-Channel Memory”. Opteron 62xx series will be compatible with older G34 motherboards through a BIOS update, which means thos with a Magny-Cours system can hope for one in the near future.

There will also be new processors for socket C32 code-named ”Valencia” that will offer six and eight cores. There is also talk about quad-core models, but it has been very quiet about these lately. The difference between Valencia and Interlagos with eight cores is that Interlagos is based on two dies that are connected, meaning Interlagos offers two memory channels, while Valencia ”only” has two.

These are just some of the models from AMD and there will also be lower clocked models in the HE series (High-efficiency) with ACP/TDP at 65W/80W and also the SE series where high clock frequencies and performance is in focus with a ACP/TDP at 105W/140W.