Freecom has now launched the new SilverStore 2Drive NAS that is an external storage unit suite for the local home network. Freecom has made sure to optimize its convenient storage unit for mobile units through apps for Android and iOS, which makes it easier for user to access their data even when they are on the move.

Freecom SilverStore 2-Drive NAS can fit two storage units and with 3.5″ slots it has a maximal capacity of 6TB – with two 3TB harddrives. The harddrives can be configured in RAID0, RAID1 or and be powered by a 1 GHz Marvell 6283 processor with low power consumption. The unit is connected to the local network through Gigabit Ethernet, but also support the latest USB 3.0 standard.

Freecom has bake din DLNA support, which makes it possible to stream movies and music to units like Xbox 360, PlayStation 3 or other connected media players. There is also an integrated FTP server and BitTorrent client for downloading files with your other computers turned off. 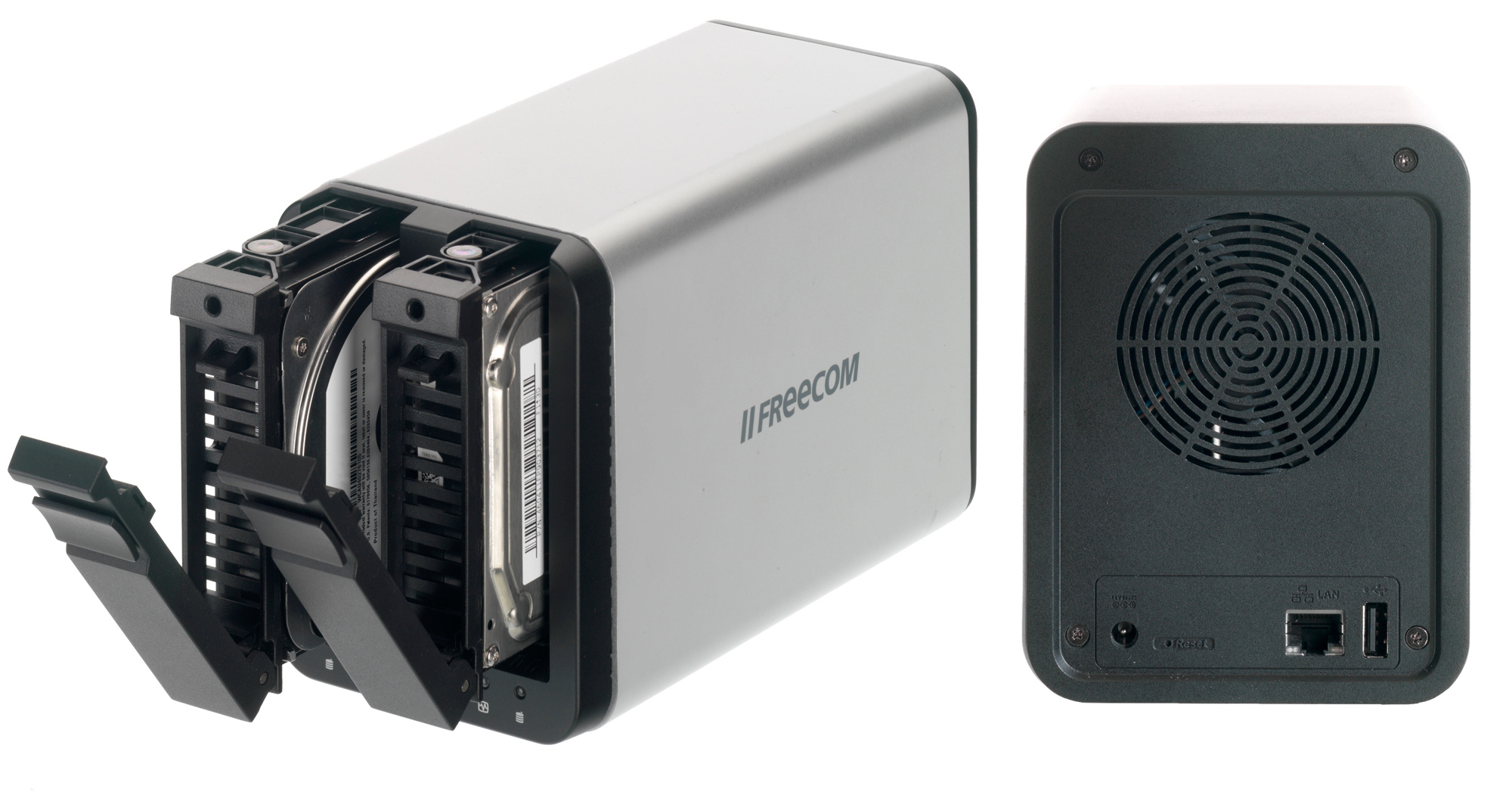 The storage maker has not forget the support for Apple but bakes in the backup function throughTransmission backup while SilverStore 2-Drive NAS also has an integrated iTunes server.

For the more mobile users it has designed a special app for both Android and iOS. The app is called Tonido and used to connect to your SilverStore 2-Drive NAS where you can upload photo or other documents, but also stream music to your phone or tablet, and share files on facebook or Twitter.

It is a great post, what you said is really helpful to me. I agree with you anymore. Also great blog here with all of the valuable information you have. Keep up the good work you are doing here. Thank you for sharing such a useful post.