The development speed of the browser companies have accelerated to near cosmic speeds. The version numbers increase at a ridiculous rate. Mozilla has moved Firefox 7 into the aurora channel, which is the step before beta. Firefox 7 will bring better performance and optimized memory handling.

Firefox 7 is still very much in development, but the browser should arrive before the end of the year. The latest aurora version is 7.0a2 and weighs in 14.2 MB. The browser is faster to boot and works in a smalller memory print through additional code optimizations. 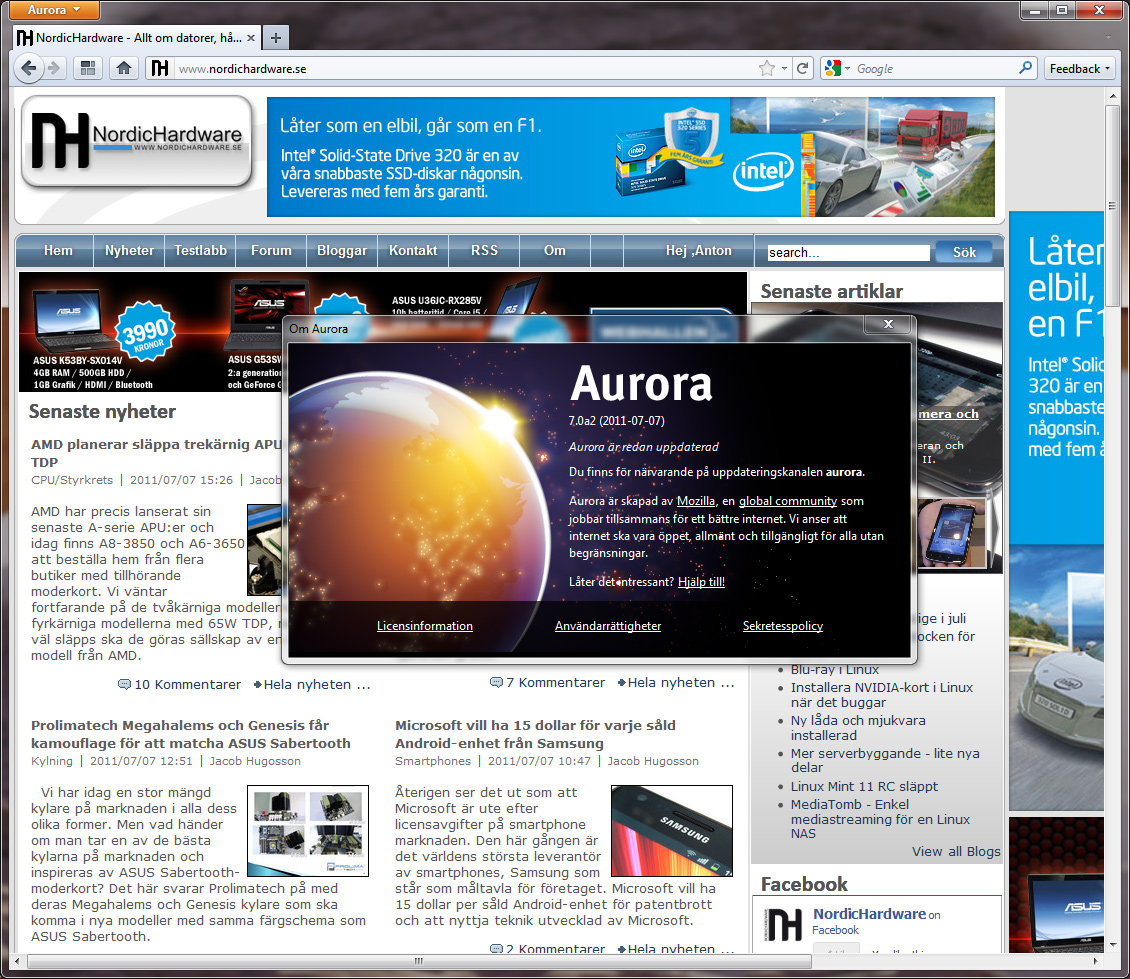 Other news are more efficient synchronization of bookmakrs and passwords, which happen on an instant with Firefox 7. Mozilla has also revised the GPU acceleration text rendering for better results, which we have to say works a lot better now. The letters are much sharper now. You cannot run the Firefox 5 next to Firefox 7 aurora , but you have to choose one if you want to try it.