Facebook is one of the decade’s biggest successes and has today an estimated valued of somewhere around $75 to $100 billion, which are almost impossible numbers to understand for most people. The company has now shown their real power on the market by buying the popular app for $1 billion.

Instagram started around one and a half years ago and have for a long duration of that time been one of the most popular camera applications to Apple’s iOS platform. When the app recently was introduced to Android it was downloaded more than 1 million times just in the first 24 hours, which makes it one of the most successful app launches so far.

Instagram has a total of around 30 million users and the company has earlier been valued to around half of what Facebook now have paid for it. That companies that are 1.5 years “old” for $1 billion is quite shocking, and the fact that Instagram have only 13 employees that has made this possible is definitely the icing on the cake. Since yesterday when Facebook’s founder Mark Zuckerberg confirmed the purchase on Facebook the discussions on the internet has been wide spread, one discussion has been about how Instagram will be devoured by Facebook or not – which Zuckerberg denies – and the second about how rich the founders of Instagram have become over one night..

Instagram was founded 18 months ago by Kevin Systrom and Mike Krieger, which both just a couple of years earlier had finished their education on Stanford University in USA. Kevin Systrom which had worked both at Google and Twitter sat on 40% of Instagram’s stocks and are expected to get $400 million on the business with Facebook,  whilst Mike Krieger who managed 6 months on the newly created company Meebo before the startup of Instagram will get around $100 million with 10% av of the stocks. 40% of the company was owned by happy high risk investors. Meanwhile the rest of the company’s employees, around 10 people except the founder will get to share the rest of the money, which is $100 million. 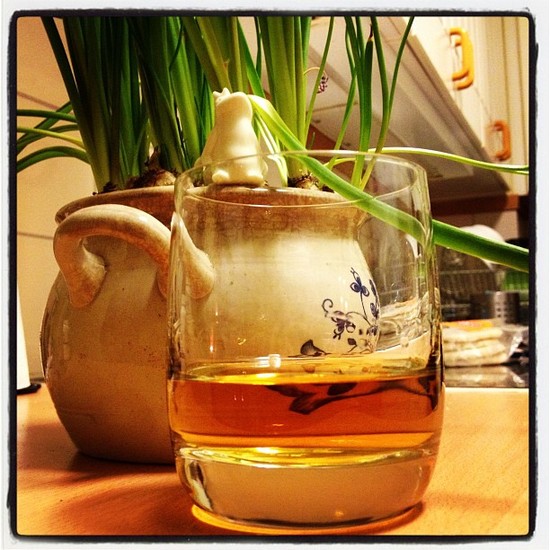 An Instagram photo taken by yours truly with one of the applications popular “photo effects”.

What do our readers think about Facebook’s continued investment in photo functionality in their social network, and do not forget your opinions regarding Instagram as an photo app. Is it cool that a company that develops software with a dozen of people can create a company worth many billions of dollars in 18 months, or is it just another frightening IT-bubble on the horizon?